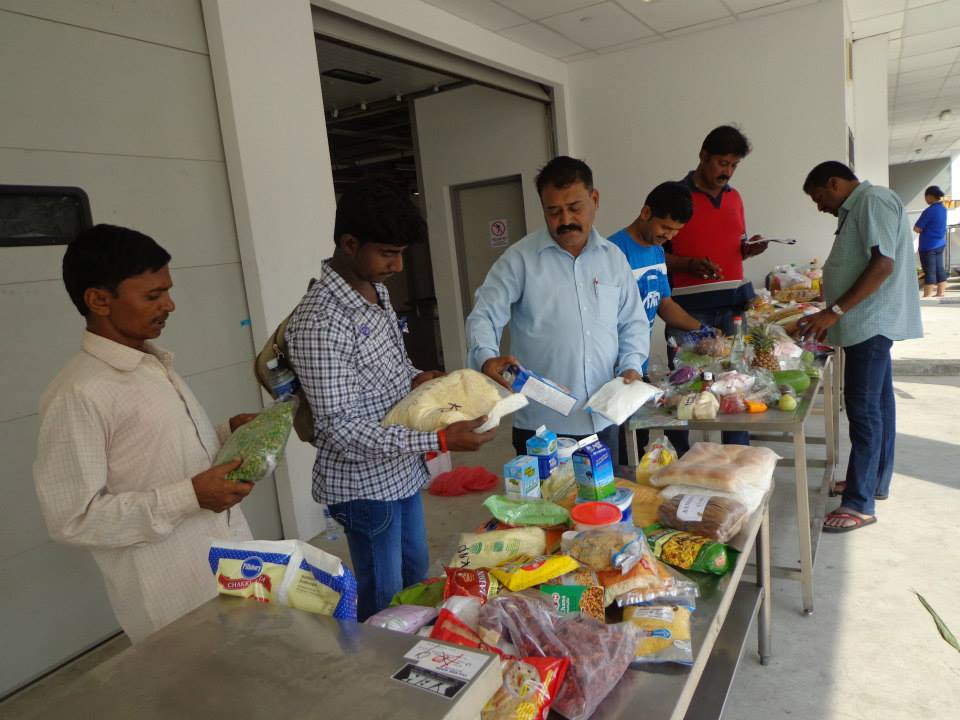 Singapore/New Delhi, 31 May:  The touring Indian street food vendors on Friday cheered in Singapore as the curtain raised there at FI Pit Building and Paddock  with the opening of the World Street Food Congress (WSFC).  This grand street food carnival would go on till 9 June.  The WSFC is having forty stalls of different countries with mind boggling delicacies, such as varietes of noodles of China, Mee Siam, Penang Rojak, Assam Laksa of Malaysia, Chicken 65, Chicken Garlic, Tamarind Rice, Litti Chokha, Litti Mutton and Bhelpuri- Batatapuri and Pavbhaji of India, Tostada and Fish Taco of Mexico, soft shelled crab burger and smothered  chicken of United States, Banh Khot, Banh Xeo and Chuoi Nuong of Vietnam, and Wee Nam Kee, poached chicken, Putu Mayam, Appam, Rojak and Cheng Tng of Singapore. India is the only country having largest number of four street food stalls.

According to reports reaching from Singapore, heavy rush was seen at the Indian, Malaysian, Mexican and Singaporean stalls on the opening day of the jamboree. The jubilant Indian team has thrown a crowd pulling theme line ‘ Die Die Must Try Indian street food’.

The Indian team is led by National Association of Street Vendors of India (NASVI) street food programs manager Sangeeta Singh. The team comprises of Bhaskar Urs and Ashok Kumar of Mysore, Narayanswami and Akbar of Dharwar, Ashok Sah and Vijay Chaudhary of Patna, and Gulab Singh and Rajan of Delhi.

“ Our team is full of confidence,  it vows to make its presence felt. The weather is pleasant and the opening is very encouraging. We are all set to make thunder here during the remaining nine days”, said Indian team leader Sangeeta Singh in Singapore.

Alongside the ten day long WSFC, the World Street Food Dialogue would also take place in Singapore on 3-4 June. The dialogue would have presence of more than 50 key speakers including NASVI national coordinator Arbind Singh. Mr. Singh would be speaking on ‘India’s Quest to Legitimize Five Million Street Food Vendors, Future Potentials & Vision of NASVI’. The speakers would share, discuss and present on the ways to preserve, professionalize and create new opportunities for street food vendors across countries.

On Thursday, hygiene training took place at Shetoc Institute for the participating street food vendors. The Indian team was clubbed with American,Thai and Malasian groups. The training progressed in three sessions. The issues discussed in the training includeed importance of good personal hygiene, medical legislations and guidelines. water management, preparation of food,  safe servicing and safe storage. The most interesting session was on HACCP(Hazard Analysis and Critical Control Point).  Not a single participant was aware of  the issue.  A short quiz was also conducted to check the understanding of the vendors.  In the third session, the participants had to go for written test which was multiple choice test.Before test,  they were given 60 minutes to revise. Gulab singh, Narayan swami and Akbar were nervous . They started having stomach cramps and sweating. The instuctor cooled them.  It was an awesome scene. The street food masters of holding knife, scoop and daddle puzzled out the question papers with pencils in hands. The final was the practical test in the laboratory.  To test the hygiene understanding of the participants,  they were asked to make butter sandwich. They were observed closely by the trainers. All did well in the practical test. Post- training,  the Singaporean tourism authorities announced to honour the team of Indian street food vendors  with food safety and hygiene certificates.