India has tremendous potential in street food vending and advocacy efforts are on to influence Indian government to tap the potentials: Arbind Singh 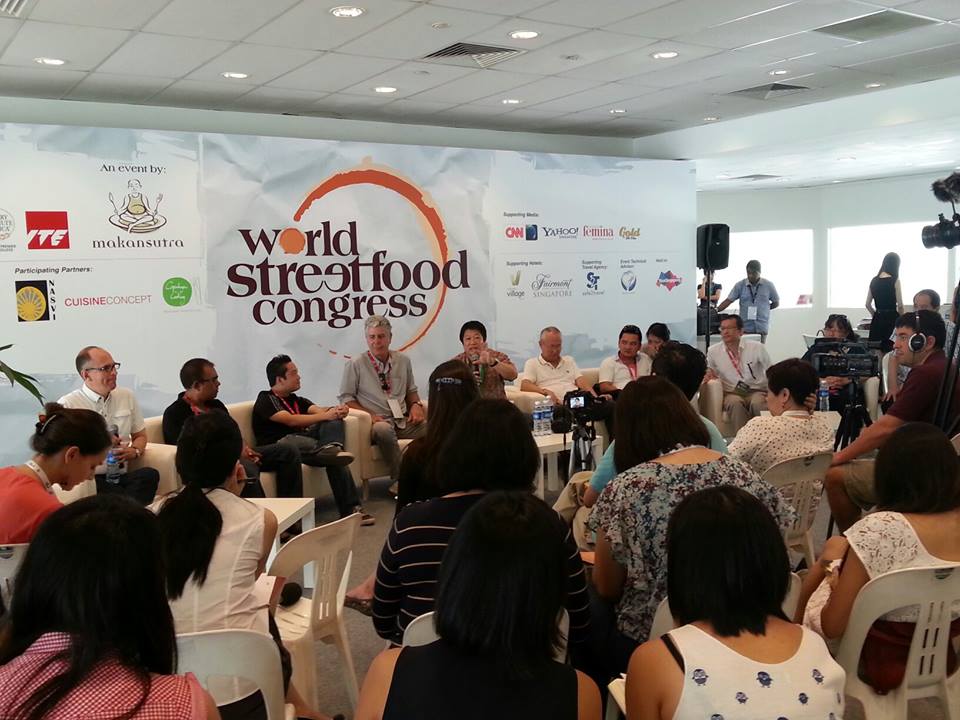 NASVI national coordinator Arbind Singh says at the World Street Food Dialogue in Singapore, “India has tremendous potential in street food vending and advocacy efforts are on to influence Indian government to tap the potentials”

The social-economic dynamics of street food vending and the attitudes and responses of the national and provincial governments in India towards promoting the street food vending in cities and towns was one of key topics discussed on Tuesday at the World Street Food Dialogue in Singapore. More than 200 street food experts, street food entrepreneurs, food and tourism & entertainment promoters as well as street food masters of several countries including the National Association of Street Vendors of India (NASVI) national coordinator Arbind Singh addressed the dialogue.

Addressing the dialogue on the theme of ‘India’s Quest to Legitimize Five Million Street Food Vendors, Future Potentials & Vision’, NASVI chief Arbind Singh said, “ India  has tremendous potential in street food vending and  the advocacy efforts are on to influence Indian government to tap the potentials”. He talked about the policy and legislative developments taking place in India in favour of street vendors.

Mr. Singh said, “Our sustained efforts  have yielded good results and the cabinet of our national government has approved the Street Vendors Livelihood Protection Bill. It would see the light of the day very soon.  We also are advocating for a National Policy for Street Food Vendors and immediate creation of Food Streets in major cities and towns of India.”  He called for developing bigger partnerships to promote street food in Asia and assert the brilliance of Asian street food in the world.

India is the only country having largest number of four street food stalls.  The Indian team is led by NASVI street food programs manager Sangeeta Singh. On Tuesday, Ms. Singh along with Delhi India Gate vendor Gulab Singh joined a discussion as panelists and shared the intricacies of street food vending, particularly the management of ingredients in preparing the nutritious street food.

The Indian team comprises of Bhaskar Urs and Ashok Kumar of Mysore, Narayanswami and Akbar of Dharwar, Ashok Sah and Vijay Chaudhary of Patna, and Gulab Singh and Rajan of Delhi.