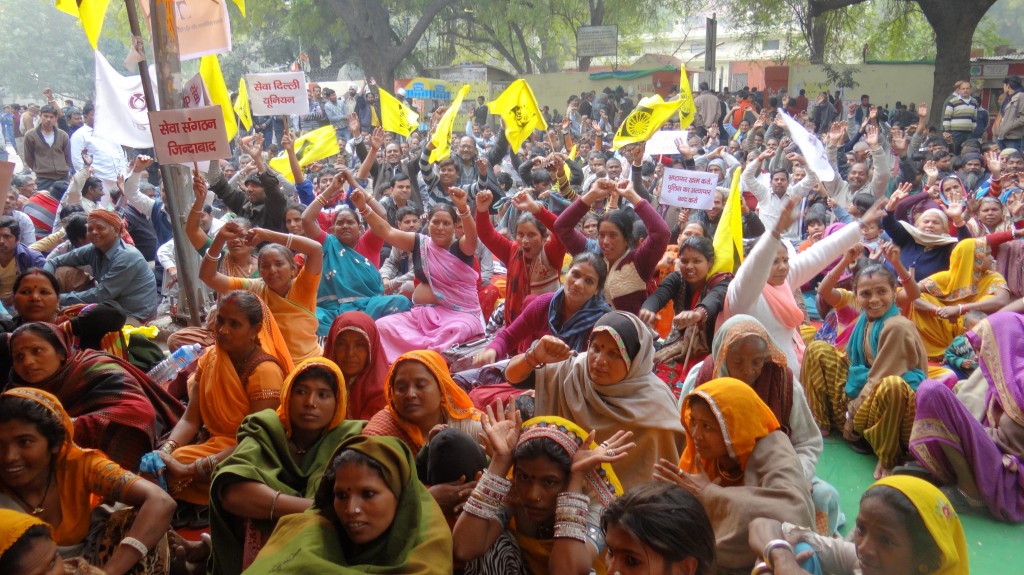 NASVI cheers the struggle, thanks the government and the political parties, and calls upon street vendors to take out victory processions across cities

“ It is an empowering legislative development”, Rahul Gandhi says on the passage of the bill

More than ten million urban street vendors have found sufficient reason to cheer with the upper house of Indian parliament passing the much awaited Street Vendors (Protection of Livelihood and Regulation of Street Vending) Bill.  The bill was passed in the Lok Sabha last year.  After the assent of the president, it would be the first forward looking progressive central legislation any country has ever legislated in favour of street vendors.

The Bill has several provisions to protect livelihood, social security and human rights of those more than ten million urban street vendors who have been facing several barriers and onslaughts of the municipal bodies and the police across cities and towns of India.

National Association of Street Vendors of India (NASVI) which has been at the forefront leading the struggle of street vendors for a comprehensive and effective central legislation has hailed the passage of the bill, thanked the government and the political parties and called upon the street vendor organizations to take out victory processions in cities and towns.

In Delhi, the street vendors have started taking out victory marches shouting “ We fought, We won”. On Wednesday evening, a large number of street vendors having lofty yellowish flags of NASVI reached the residences of Congress leaders Ajay Maken and Rajiv Shukla and BJP leader Ravi Shankar Prasad to thank the leaders for batting strongly for the street vendors’ bill.

On Thursday morning, thousands of street vendors led by NASVI leaders Manali Shah and  Arbind Singh reached the residence of Congress vice president Rahul Gandhi and congratulated him for moving forward the legislation. Mr. Gandhi also wished them successes and described the passage of the bill as ‘an empowering legislative development’.

The street vendor leaders fasting for last four days at the Jantar Mantar in Delhi called off their indefinite hunger strike after hearing the news of the passage of the bill on Wednesday evening. The union minister of housing and urban poverty alleviation Dr. Girija Vyas reached the venue and offered juices to the fasting street vendors.

Hailing the passage of the bill by the upper house and congratulating the government and the political parties, NASVI national president Manali Shah and national coordinator Arbind Singh have said, “We really struggled a lot. We are happy that now the Rajya Sabha has also passed the bill. We trust the president of India would assent it soon and the legislation would get notified. Undoubtedly, it is a red letter day for millions of street vendors and hawkers of India. We call upon the street vendor organizations to take out victory processions across cities”.

“We have time and again stated that an inclusive central legislation in favour of street vendors is the critical social-political need of the urban India. The cities are changing and several opportunities are coming up, but the working poor like street vendors are being deprived of availing those opportunities. Millions of street vendors continuously face barriers and onslaughts of the municipal bodies and the police across cities and towns of the country. The central legislation has potentials to put brakes on such barriers. The integration of street vendors in the city planning and development processes would change the faces of the cities. The growth of the city would be sustainable and the cities would be for all”, said NASVI leaders.

They added, “The law would trigger organizing among street vendors and a major task would be to ensure the proper implementation of law”. 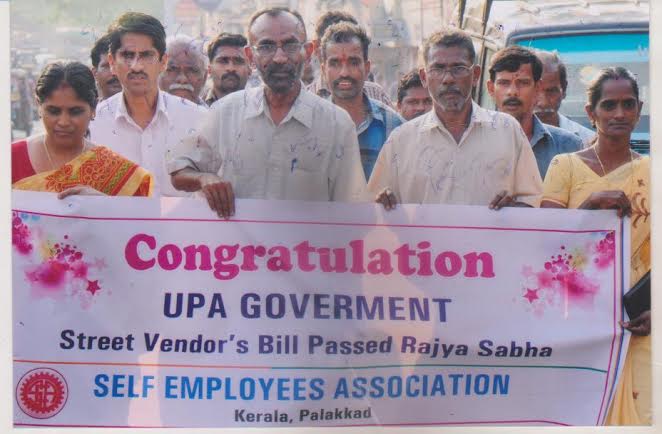 The legislation states that at least 2.5 per cent of a city’s population would be eligible for getting vending certificates and it would be mandatory to form Town and Zonal Vending Committee in each and every city. Such committees would have 40 percent representation of elected representatives of vendor organizations, 10 per cent of NGOs and rest of town planners, administrators, police and elected peoples representatives.

The legislation greatly empowers the Town Vending Committee (TVC) and gives it power to decide ultimately on almost all issues of determining the vending zones.

It does also have strong grievance redressal mechanism.

The most salient feature of the legislation is its overriding effect over all state and municipal laws as well as police acts.

According to NASVI, the root of the legislation lies in the street vendors’ movement, 2010 Supreme Court verdict and the diligence of the National Advisory Committee (NAC) which felt and recognized the merits of NASVI advocacy for central law in favour of street vendors.

“In last three years, we spearheaded series of campaigns and engaged with the National Advisory Council (NAC), the Ministry of Housing and Urban Poverty Alleviation (MHUPA) and several political parties and civil society groups. Initially the Street Vendors Bill was tabled in the Lok Sabha by the then Union Minister of Housing and Urban Poverty Alleviation Kumari Selja on 6 September, 2012. The Bill had many key provisions enabling vendors to get access to rights and entitlements, but also had several shortcomings.  When the street vendors came to know about the shortcomings, they raised their voices and points of amendment to the Bill. Subsequently, the Bill was sent to the Standing Committee of the Parliament”, a NASVI functionary said.

In November and December, 2012, NASVI presented its concerns and points of amendments to the Bill before the Standing Committee.  On 13 March, 2013, a huge Street Vendors Parliament took place in Delhi. On the day, the Parliamentary Standing Committee on Urban Development tabled its report on the floor of the houses.

On 1 May, 2013, the union cabinet approved the revamped Street Vendors Bill. In 2013 August, the street vendors across states sent thousands of postcards and letters to the Congress president and the UPA chairperson Sonia Gandhi urging her to ensure the passage of the bill. 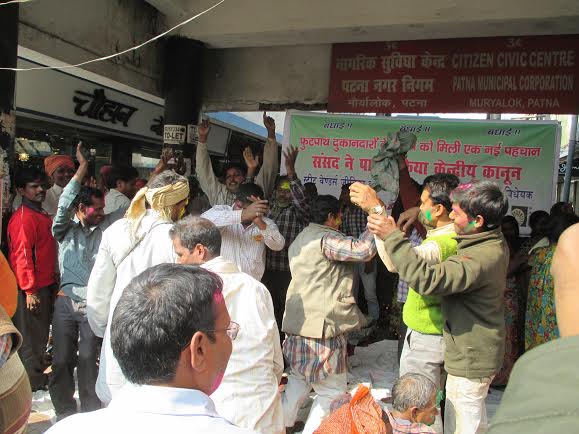 On 6 September, 2013, the bill was passed by the Lok Sabha. In last six months, NASVI kept sustaining the momentum and campaigned vigorously to ensure the passage of the bill by the Rajya Sabha.

On 3 February, thousands of street vendors had also marched to the residence of Congress vice president Rahul Gandhi demanding passage of the bill by the Rajya Sabha and end to rampant extortion and terror of police and municipal agencies.

Two weeks back, NASVI had also released an open letter to the heads of political parties urging them to ensure that the bill is passed by the Rajya Sabha.

The passage of the Bill in both houses of parliament has provided sufficient reason to the street vendors to cheer and celebrate across several cities.  In the national capital, street vendors have started organizing celebration meetings in their markets.