How We Fought, How We Won: Chronicle of Struggles for Central Law 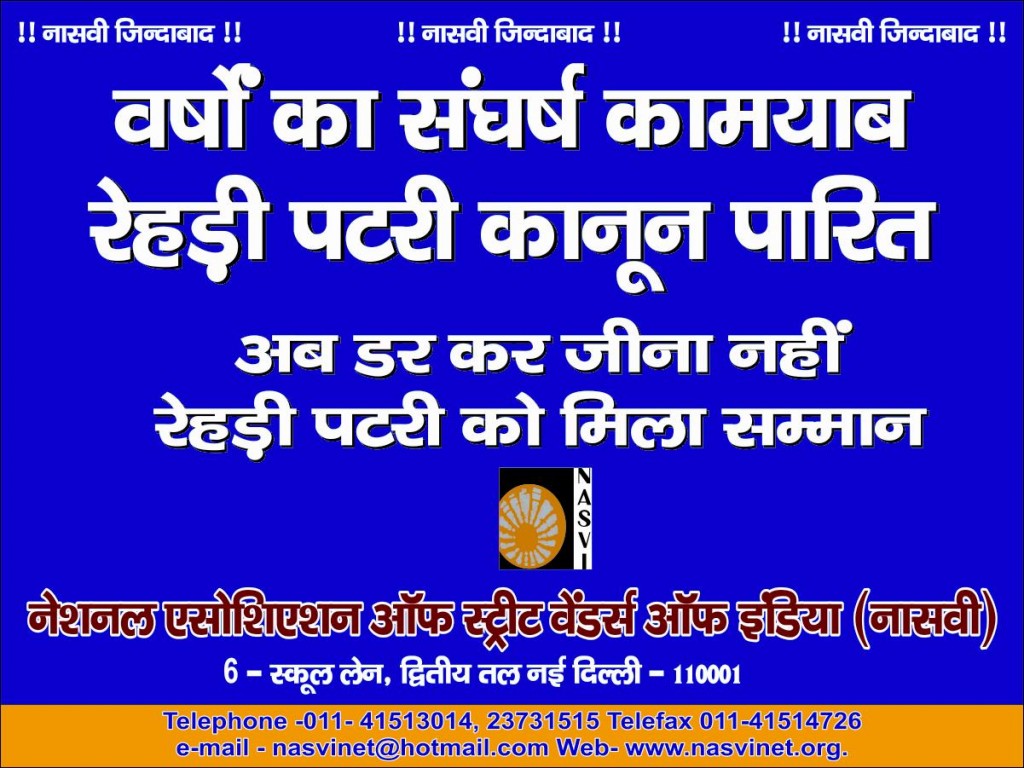 Wide ranging changes in political economy and policy environment in 1990s posed several challenges. One of such challenges was countering the growing marginalization of urban poor like street vendors and struggling as well as advocating with governance institutions demanding effective policy, legislations and rights based social protection programs for vulnerable urban groups.

NASVI began its journey in 1998 at that critical juncture.

It was face to face with the challenges coming in the wake of economic reforms and urbanization.

Efforts of networking running for years right from 1998 to 2003 yielded positive results and a large number of street vendor organizations, community based groups and trade unions across different states started joining the platform of NASVI. NASVI took a formal shape in 2003. Large scale coming together of membership organizations of the poor enabled NASVI to trigger the process of organizing and simultaneously raise the pitch of advocacy with urban local bodies, state governments and national government.

Struggle to Reclaim Rights and Entitlements through Court

Process of organizing also capacitated the vendor organizations to move courts to reclaim their rights and entitlements. Many judicial announcements came up in favour of street vendors.

As the implementation of policy had not been satisfactory in several states, NASVI in 2009 decided to fight for both policy implantation as well as enactment of central law to protect livelihood and social security of street vendors.

October 2010 verdict of Supreme Court of India came as a shot in the arm for NASVI. The Apex Court said in its verdict t that the vendors had fundamental right to carry on their businesses under Article 19 (1) g of the Indian Constitution and the said right must be protected by a law. The apex court directed the appropriate government to enact law for vendors by 30 June, 2011.

Here are some major initiatives:

A momentous phase is over….Up next new rounds of organizing and struggle for proper implementation of the central legislation.