DLEHI TO CONSTITUTE TOWN VENDING COMMITTEES SOON
After four long years of agitation and court battle, the national capital is now all set to constitute TVC. The voter list has been prepared and put on display. Only those who had applied under 2007 scheme are eligible to vote and get elected. Anyway, the street vendors are waiting for early constitution of TVC’s so that identification and space allocations process begins fast. It must be mentioned that the street vendors of Delhi have in recent month suffered due to policy gap and continuous eviction. 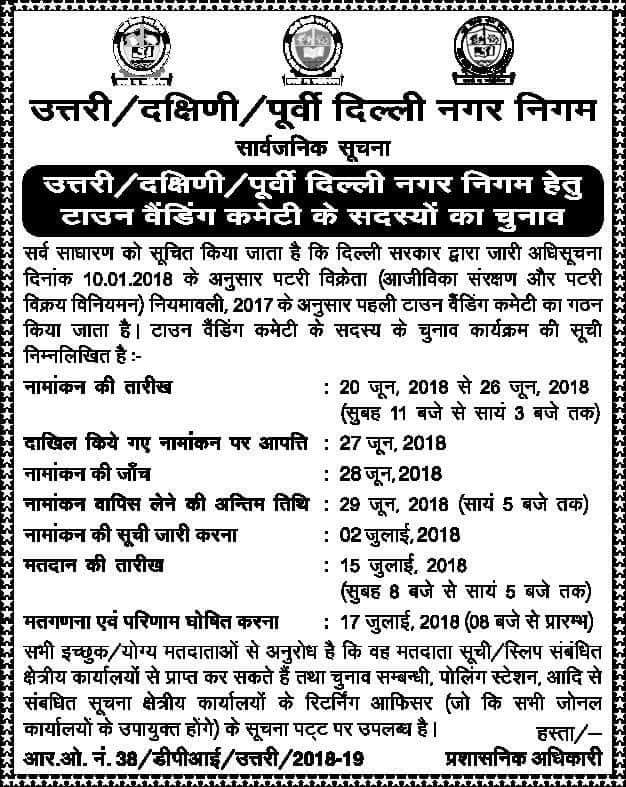 BANGALORE READIES IDs FOR DISTRIBUTION
The much awaited identity cards are to be distributed soon to street vendors of Bangalore. The vendors had enthusiastically participated is the survey process and were waiting anxiously as the election delayed the process. Barring one area, survey conducted in the entire Bangalore the survey showed only 25000 vendors which irked the trade unions who wanted to stall the process. NASVI cooled them and built consensus and they all agreed to wait and first get the IDs and has decide future course.