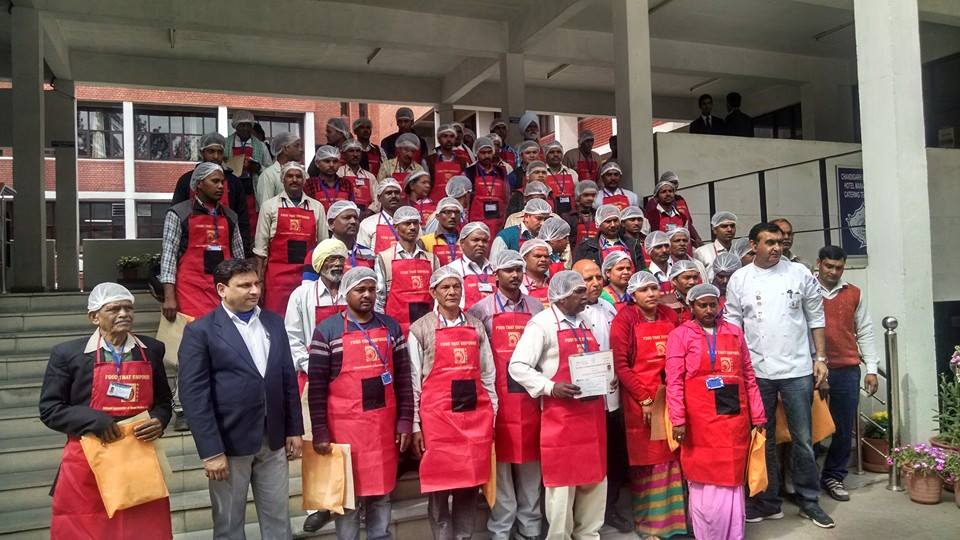 After successful completion of the training program these street food vendors were given certificates by the Municipal Corporation Mayor Ms Poonam Sharma. On the occasion Secretary and Principal of HTMC were also present apart from other dignitaries.

These vendors have realised that cleaniness, personal hygiene, food safety and preservation play a great role in attracting people to street food. They are sure of their culniry skill, they only needed a know-how on personal hygiene, food safety, cleaniness and food preservation. This traing course provided them all they needed to make their mark as successful ambassador of street food.