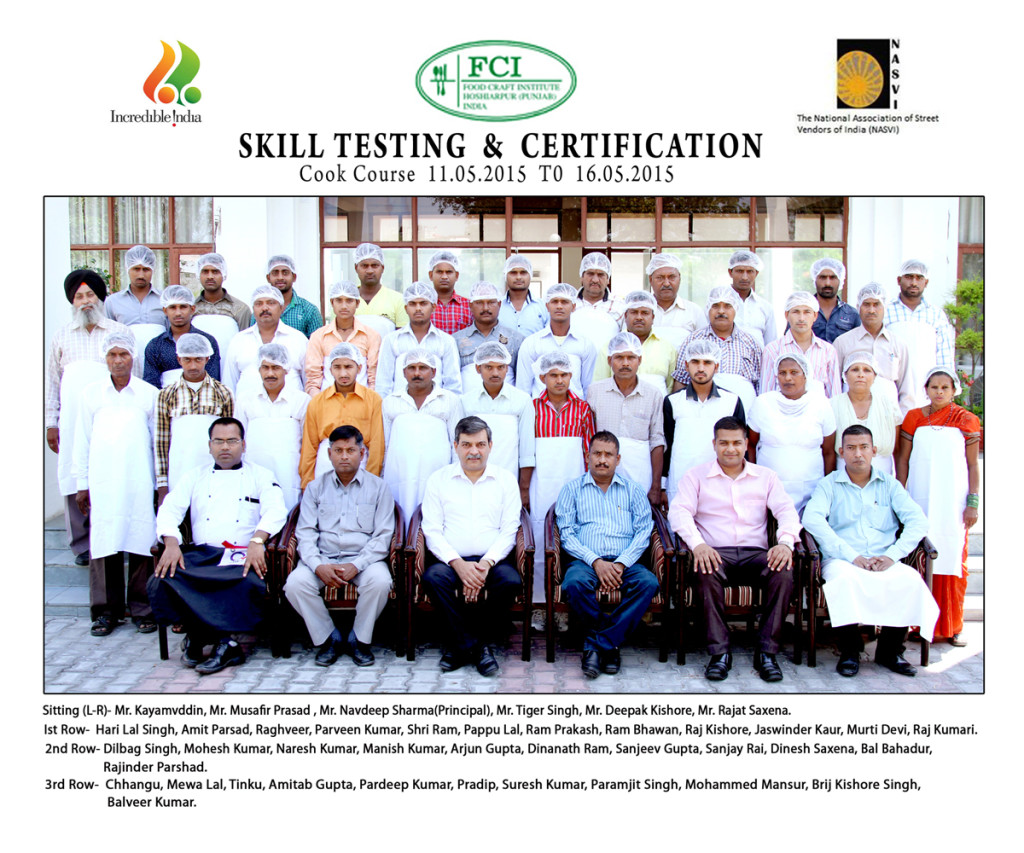 The national association of street vendors of India in collaboration with the ministry of tourism, has organized a six day training programme at the Ludhiana Circuit House starting from the 27th of April 2015 – May 2nd 2015, this programme ideally comprises of developmental programs such as orientation, testing and certification of cooks for the food vendors in the city.

This programme is particularly held under the ‘Swacch Bharat Swacch Pakwan ‘campaign and is aimed at providing great impetus to the street vendors spread out throughout the city.

As of today 2 similar such programmes have been initiated and conducted in Ludhiana, with a participant rate of about 35- 40 vendors. Such programmes bring to light essential changes that need to be brought about in the overall concept of food – vending. Their training essentially comprises of programmes such as training on personal hygiene, food safety, cleaniness and food preservation.

Commenting on the programme Mr. Tiger Singh, president of Ludhiana Rehri Fadi Federation, said certificates will be distributed at the end of the course.