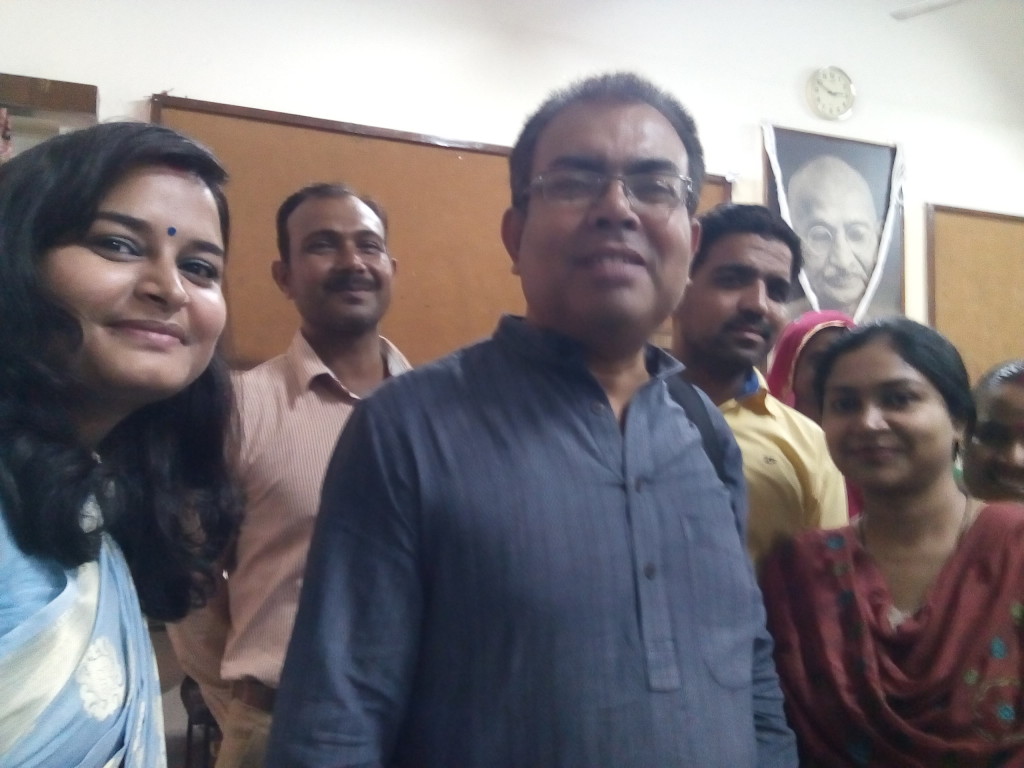 As it has been rightly said by J.M. Barrie “Never say goodbye because goodbye means going away and going away means forgetting.”

Following the success of the meeting dated 16th May 2015 at the Gandhi peace foundation, The national association of street vendors of India also officially bid farewell to two of its most senior and more importantly the two most beloved members of the NASVI Family. Mrs. Sadaf and Mrs. Anuradha Singh, with a small token of appreciation and love.

Mrs. Sadaf and Mrs. Anuradha Singh, both collectively in their tenure with NASVI have played crucial roles in bringing or rather better said ‘raising’ NASVI to the platform as it now stands on today. Some of their important achievements comprise of the passing of the revolutionary street vendors act 2014, formation of the town vending committee so on and so forth.

Ms Sadaf joined the NASVI family in the year 2011 and since then had been actively contributing in all the activities attributing to the welfare and growth of NASVI to name a few, one of the most important being her active and vibrant participation in the revolutionary project for the social security of informal organizations, she played in a major role in shaping and conceptualizing the entire project, duly NASVI attributes the success of the project to her till date.

Mrs Anuradha Singh, has been associated with the NASVI family since the year 2010, and has played a fundamental role in raising the name , banner and purpose NASVI stands for today, she had been actively involved in the formulation and the promulgation of the street vendors act 2014 , in addition to this marvelous achievement she has also been a great activist and also has conducted several rallies and protests for the appropriate up liftment of this law , she also served as an efficient programme manager during her tenure with the NASVI family, in addition to this she also represented NASVI at various levels reflecting high degree of professionalism, optimism and outright vigor.

With their departure from the NASVI family, we at NASVI wish them all the success in their future endeavors, and hope and pray that they succeed in all aspects pertaining to the welfare of their professional career.