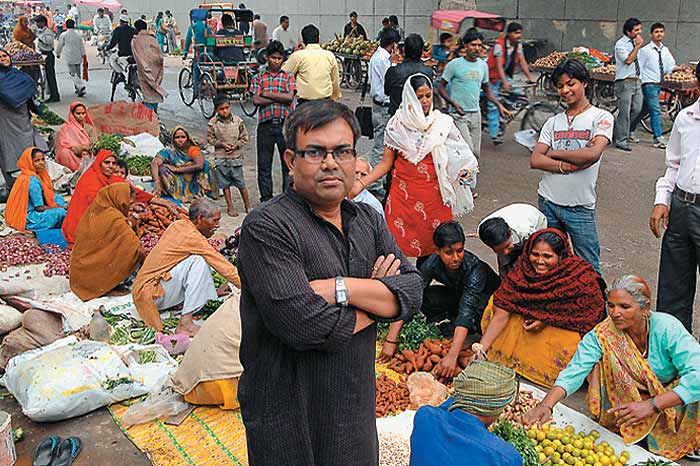 Released at Press Conference in Delhi on 3 November, 2012

National Conclave of Street Vendors in Delhi on 13 December

Street Food Festival in Delhi from 14 to 16 December

The leading vendors’ body announced a series of campaign and advocacy programs including a national convention of street vendors in Delhi on 13 December during the winter session of parliament on the theme of Growing Cities, Marginalized Vendors/ Need of Inclusive and Effective Central Law.

Thousands of street vendors from several states would join the convention, voice their concern over the shortcomings of the Bill and call for enactment of a powerful central legislation to protect fundamental right to livelihood of millions of street vendors.

The convention would be a larger national platform where the street vendors from different states of the country would be face to face with several union ministers, state urban development ministers, parliamentarians, municipal executives, mayors, labour commissioners, livelihood and labour experts and representatives of development agencies on the issues of inclusive and sustainable urban growth, people centric governance and empowerment of working poor.

Addressing a press conference here on Saturday, NASVI national coordinator Arbind Singh said the Bill introduced in the Lok Sabha had many key provisions which could go a long way ensuring protection of livelihood right of street vendors, provided some major shortcomings were rectified.

“The Bill leaves a lot with delegated legislation for the schemes to be framed by thousands of municipal bodies. It defeats the very purpose of a central law. The law needs sharp teeth; otherwise it would fail to protect the livelihood of vendors. The Bill also leaves out thousands of vendors earning their livelihood near railway stations and on railway premises”, Mr. Singh said.

He added, “The principles of natural markets have also been undermined in the Bill. The principles must find central place in determining vending zones. Besides, there is no provision of prescribing minimum quantitative norms for number of vendors to be accommodated and percentage of public land allocated for vending. The Bill also makes Town Vending Committee (TVC) role deficient as it has not been given primary roles to deal with all issues of street vendors including demarcation of vending zones.”

Mr. Singh revealed that NASVI had submitted its points of amendments to the Joint Secretary of Ministry of Housing and Urban Poverty Alleviation (MHUPA), the National Advisory Council (NAC) and the Standing Committee chairperson.  “We will meet HUPA Minister Ajay Maken soon”, he added.

“We would also approach the Members of Parliament (MPs) to raise their amendments to the Bill. We also call upon the street vendor organizations of different states to send memoranda on amendments to the Prime Minister and the UPA chairperson”, NASVI chief said.

He said that NASVI had initiated campaigns in several states on strengths and weaknesses of the Bill. The State level street vendors’ conventions have been organized in Madhya Pradesh, Punjab and Gujarat. More such conventions and meetings would take place in other states.

About 13 December national convention, NASVI chief said that the upcoming convention holds major significance as thousands of street vendors and their representatives would voice their concerns over the shortcomings of the Street Vendors Bill and demand the government and the political parties to ensure that the Parliament enacts an inclusive and effective central law in favour of street vendors.

The convention would be a larger national platform where the street vendors from different states of the country would be face to face with several union ministers, state urban development ministers, parliamentarians, municipal executives, mayors, labour commissioners, livelihood and labour experts and representatives of development agencies on the issues of inclusive and sustainable urban growth, people centric governance and empowerment of working poor.

Post- convention, NASVI annual general body meeting would take place in Delhi on 14 December to chalk out future action plans. On the same day, the vibrant Street Food Festival would begin in Delhi and it would culminate on 16 December evening. The festival would witness food lovers thronging to the venue to savour delight of street foods from down south to up northern states and from far north east to central west provinces.