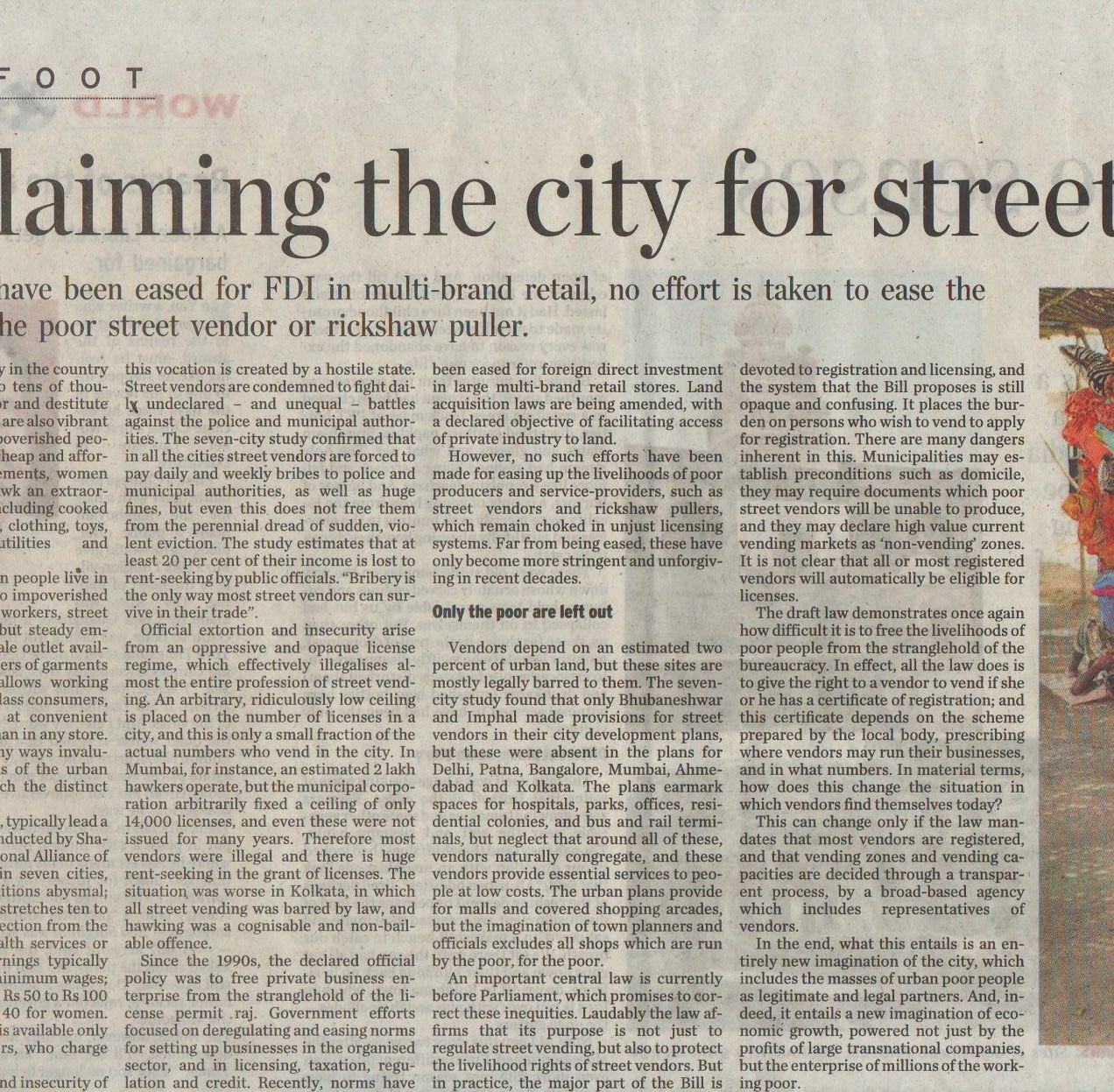 National Association of Street Vendors of India (NASVI) campaign and efforts for inclusive and effective central law in favour of street vendors on Monday got a boost when the Union Minister of Housing and Urban Poverty Alleviation Ajay Maken made it public that his ministry would ensure enactment of a comprehensive and effective central legislation and for that all key amendments being raised by street vendors would be incorporated.

Mr. Maken was speaking to a three member NASVI delegation led by NASVI national coordinator Arbind Singh. The delegation had called on him on a list of amendments to the Bill which was tabled in last session in the Lok Sabha. NASVI believes that the Bill has many provisions which would help ensure protection of livelihood rights of vendors, provided some major shortcomings are rectified.

On the issue of the Bill which leaves a lot with delegated legislation for the schemes to be framed by municipal bodies, the Minister said the fears on the issue were genuine and he would talk to the chairperson of the Standing Committee where the Bill had gone to make recommendations for necessary correction.

On the issue of exclusion of railway vendors from the purview of the law, Mr. Maken said that he would talk to the Railway Minister to find out ways to include vendors dependent on railways in the proposed legislation.

The Minister agreed that the principles of natural markets must not get undermined and those principles should have centrality in determining vending zones.  He also opined in favour of an empowered Town Vending Committee in each municipal area.

After meeting the Minister, NASVI national coordinator Arbind Singh described the meeting as very productive and hoped that their concerns would be addressed by the Ministry.