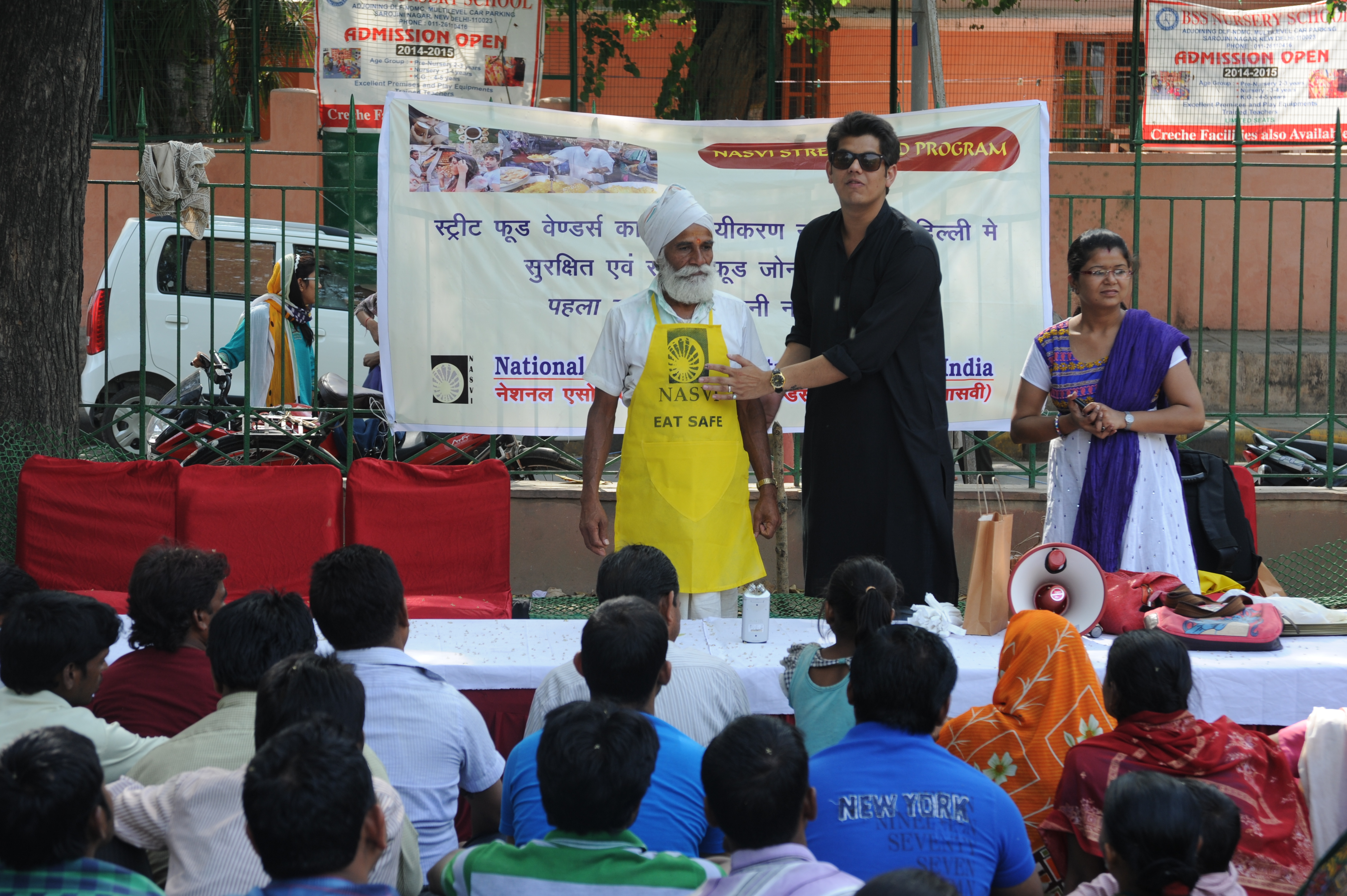 Mr Arbind Singh, National Co-ordinator of NASVI, pointed out that this is the beginning of their efforts to make entire Delhi a heaven for Street Food lovers. He said that NASVI plans to rope in all the Street Food Vendors of Delhi and create many such Safe Food Zones. He added that 500 street food vendors have already applied for registration under the Food Safety Act.

Beginning with organizing Street Food Festival since 2012, NASVI has been mounting pressure on Food Safety Department and Municipal Bodies to mainstream street food vendors. The Food Safety Department has begun the process of registration of Food Vendors and NASVI has already got 500 vendors applying for registration. The Municipal Bodies too have begun responding though New Delhi Municipal Council (NDMC) has a lot to do in this regard.

To give a fillip to this process, NASVI launched the process of branding street food at 3.30pm at Keshav Park, in front of South East Square, Sarojini Nagar Market. Kanchan Devi, a samosa seller in Sarojini Nagar, who is also a part of the process, was very excited. She said that this attempt will definitely improve the business of street vendors besides giving them recognition and dignity. She also hoped that the NDMC will not trouble them and will rather be a partner in this process.

The launch witnessed beginning of wearing aprons, gloves and hair caps along with good hygiene practices by street food vendors. They got training from the Program Manager of NASVI STREET FOOD Ms Sangeeta Singh and Program Co-ordinator Mr Shashank Pandey. Ms Sangeeta Singh informed that this process will gradually be extended to entire Delhi and for the convenience of Street Vendors aprons, gloves and caps would be made available to them at reasonable cost at their doorsteps. At a later stage, NASVI will also set-up a mechanism for supply of quality ingredients for cooking which again would be cheaper for vendors and hygienic for consumers.

It is worth mentioning that the Food Safety Department had decided to create 8 Street Food Zones in Delhi – Sarojini Nagar being one of them. However, the process got stuck due to elections in Delhi after which the registration process has just begun.