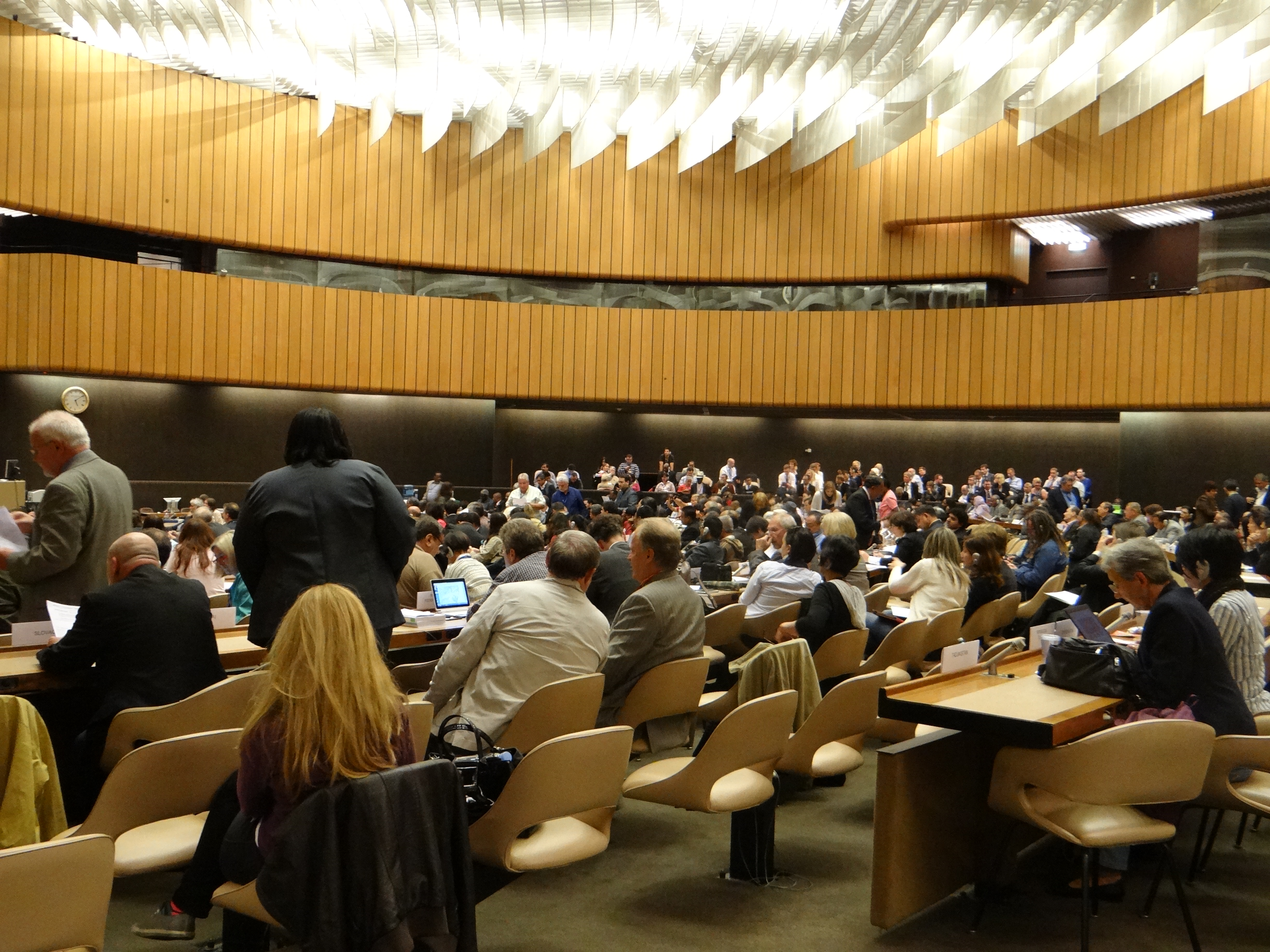 The 103rd session of the International Labour Conference, highest session making body of the International Labour Organization, was held in Geneva 28thMay to 12th June 2014. The event showed the participation of about more than 3000 delegates from 185 member countries of ILO. The main issue addressed in the Conference was that of severe decent work deficit of the workers of the informal economy and the transitioning from the informal economy to formal economy.

The topic debated in the conference was primarily the poor working conditions of the informal sector. The representatives of workers, governments and employers discussed the issues relating to the working conditions of the unorganized masses in the context of ILO Declaration on Fundamental Principles and Right to work, the Declaration of Philadelphia 1994 and the UDHR, 1948.

The main objective of the Conference was to facilitate transition of the informal working sector into formal while ensuring that opportunities for livelihood and entrepreneurship are enhanced. The proposals cover all the economic activities by workers and economic units that are in law or in practice not covered or insufficiently covered by formal arrangements.

The conference was marked with the participation of street vendors’ delegates led by Pat Horn of Street Net International.

NASVI, which has built up a movement of street vendors in India and is riding high on the success of getting enacted a central law for street vendors  has been able to share and get incorporated experiences of street vendors and other informal workers in India. Speaking on the occasion Mr. Arbind Singh, National Coordinator, NASVI, pointed out in the conference that besides organizing and representation, the informal workers need legal identity, financial services, social protection and social dialogue.

Mr. Arbind Singh also emphasized that formalization should not mean costly registration and tax requirements without the rights, benefits or protection that should accompany formalization and unilateral decisions made by authorities preconditions that are difficult to meet like residential or unrealistic educational and legal requirements for informal workers .He further said that we oppose the formalization which criminalizes/persecutes those who cannot achieve prescribed levels.