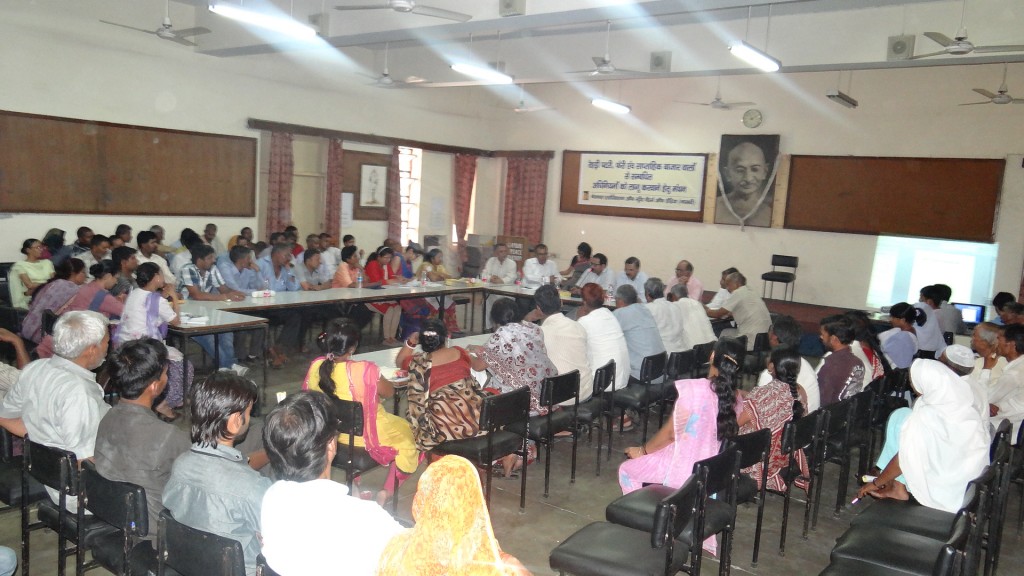 The National Association of Street Vendors of India (NASVI), which has been at the forefront of getting a Central Act enacted in 2014 despite the impasse in Parliament, initiated the process of Street Food Vendors registration process in Delhi with help of FSSAI few months back but the process has been very slow.

Addressing the Street food Vendors conference at Gandhi peace foundation, the Food Safety Commissioner Mr. S S Kannout promised full co-operation in getting the Street Food Vendors registered. He stressed that August 4 2014 is the cut off date for getting food vendors registered. He also promised to relax the mandatory identity card of Delhi State and said that identity card of any state will suffice. He also promised that the dialogue with Municipal Bodies to create Safe Food Zones in the city. A presentation on registration process was also made.

Enforcement Director of FSSAI Binmal Dubey also stressed on the urgent need of preparing food safety plan of every ward so that vendors know their responsibilities. On his plea, food vendors of Karol bagh, Narela, Okhla, Dwarka promised to make this area food safety zones.

Speaking on the perspective and purpose of the event, NASVI National Coordinator Arbind Singh urged that despite the Food Safety ACT 2011, the Health Departments of Municipal Bodies of Delhi continue to harass the Street Food Vendors. He said that NASVI will soon file a PIL demanding food vendors to be regulated by one authority as far as food selling is concerned. He informed the participants that the three Municipal Bodies of Delhi have formed the Town vending Committee and in all meetings of TVC the demand and consensus is to stop harassment of vendors and creation of vending zones.

Beginning the interface NASVI Food Program head Sangeeta Singh shared the various activities of NASVI to empower Street Food Vendors of which helping them to get registered under the Food Safety Act 2011. She pointed out the difficulties in speeding of registration and urged the Food Safety Commissioner to organize camps for registration.

The organizer of the event Anuradha Singh, Program Manager NASVI, stressed that NASVI is helping Street Food Vendors in many ways and this interface is being organized to solve the bottlenecks in speeding registration. She pointed out that the objective of the interface is to get all the estimated 10, 0000 Street Food Vendors registered by August 4 2014.