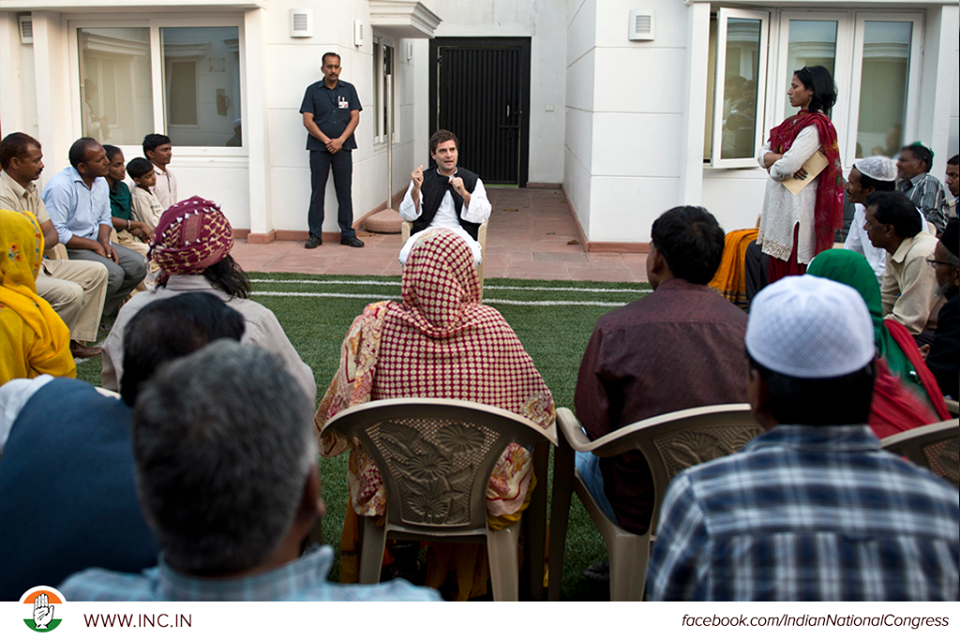 Major decisions taken in the meeting:

1. Till implementation of the Act, municipal bodies will not harass and evict existing street vendors and issue guidelines to its officials and police identifying the different categories of existing vendors not be touched

2. The Delhi Police Commissioner office will issue direction to the DCPs to put in place Street Vendors’ Grievance Redressal Cell at their respective levels

3. A review meeting will take place after a month at the Ministry of Home Affairs

4. The municipal bodies would expedite the process of implementation of the Act.

Subject: Seeking urgent intervention to ensure moratorium on eviction/displacement of, raids and several types of fines on street vendors in Delhi till implementation of Street Vendors (Protection of Livelihood and Regulation of Street Vending) Act, earmarking three streets in each municipal area as food streets and putting in place a Street Vendors’ Grievance Redressal Cell in the Delhi Police headed by a sensitive high ranking police official of the rank of DCP

Just the other day, on 18 March, 2014, we had called on the Hon’ble Union Home Minister, Government of India with issues and demands of the street vendors facing raw deal from Delhi Police and municipal authorities in Delhi.

We had placed a memorandum before the Hon’ble Minister and stated, “ Despite the fact that the Indian Parliament has accorded a new deal to the street vendors by enacting the Street Vendors (Protection of Livelihood and Regulation of Street Vending) Act and the Supreme Court of India also has directed to ensure no eviction of street vendors till their settlement, the police and the municipal agencies in Delhi have unleashed new rounds of harassment and eviction of vendors across several markets.”.

We had listed several cases of rights violation in the representation including the cases of Okhla, Vasant Kunj, India Gate, Janpath, Lajpat Nagar, Dabri More and Sarai Kale Khan.

We are happy that subsequent to our meeting with the Hon’ble Minister, the present meeting is taking place in the presence of yours as well as key officials of Delhi Police and municipal agencies.

We re-state the following facts:

1.      On 15 January, the street vendors who had been earning their livelihood in Vasant Kunj area in Delhi were beaten up and displaced by the policemen after they refused to pay extortion money to the cops and South Delhi municipal officials. The worst part was that the four street vendors were taken away by police in the name of getting medical checkup done, but after other vendors dispersed, instead of medical checkup, false cases were lodged against them. After police action, some victimized street vendors also filed a complaint to the police station and asked the SHO to register an FIR against the constables and municipal officials. On the following day, hundreds of street vendors held demonstration at the office of Vasant Vihar ACP throughout the day. But, the police refused to register it. Instead the police registered FIR against four street vendors, clamped non-bail able charges on them and booked them.  On 17 January, a large number of street vendors held protest demonstration at the Delhi Police headquarters and sought time from the police commissioner. But, he refused to meet us.

2.      Just a week after the enactment of the law by Indian Parliament, on 26 February, the police and the MCD officials launched eviction of street vendors in Harkesh Nagar Sabzi Mandi in Okhla area of Delhi after the vendors refused to pay extortion money.  Many carts of vendors were damaged, goods were confiscated, hard earned money was forcibly taken, vendors were beaten up and even women vendors were abused. The police also arrested seven street vendors, clamped non-bailable charges against them and sent them to jail. They remained in jail for days till they got released on bail.

3.      The street vendors who were vending at Janpath New Mini Market are not being allowed to vend by the Connaught Place police station constables. Whenever they muster their courage to vend, the constables prevail upon them, demand hafta and when the vendors refuse to entertain, they are harassed and evicted.

4.      The street vendors and hawkers vending at India Gate stretch were evicted a year back. Despite promises given by the then Police Commissioner Neeraj Kumar that the street vendors would be resettled there, not a single vendor has been resettled. They have been pushed to the areas where customers hardly reach. The aggrieved vendors protested several times against their displacement and submitted representation to the Delhi Police as well as Union Ministry of Home Affairs, but those were not heard.

6.      Situation prevailing at the level of police administration is such where street vendors’ complaints are not looked into and fairly investigated. When vendors make complaint, instead of investigating fairly and taking action against erring cops and municipal inspectors, they are told to submit evidences, but when municipal authority or cop frame false cases, the FIRs are filed.

These are just a few stories. As mentioned above, the street vendors in almost all areas/markets tell the same gory stories of excesses by the cops and the municipal officials.

In the above mentioned context, we urge you to kindly ensure the following:

1.      Total moratorium should be announced on the eviction/displacement, raids and various types of  fines on  street vendors till implementation of the Act so that there must be pressure on the municipal authorities to implement the Act

1.      The Ministry of Home Affairs creates a Street Vendors’ Grievance Redressal Cell in the Delhi Police headed by a sensitive high ranking police official of the rank of  DCP and time bound fair investigation takes place into the complaints filed by the street vendors

2.      2. The cases lodged against the street vendors of Vasant Kunj and Okhla areas are withdrawn immediately

3.     3.  No police support to the municipal authorities raiding street vendors