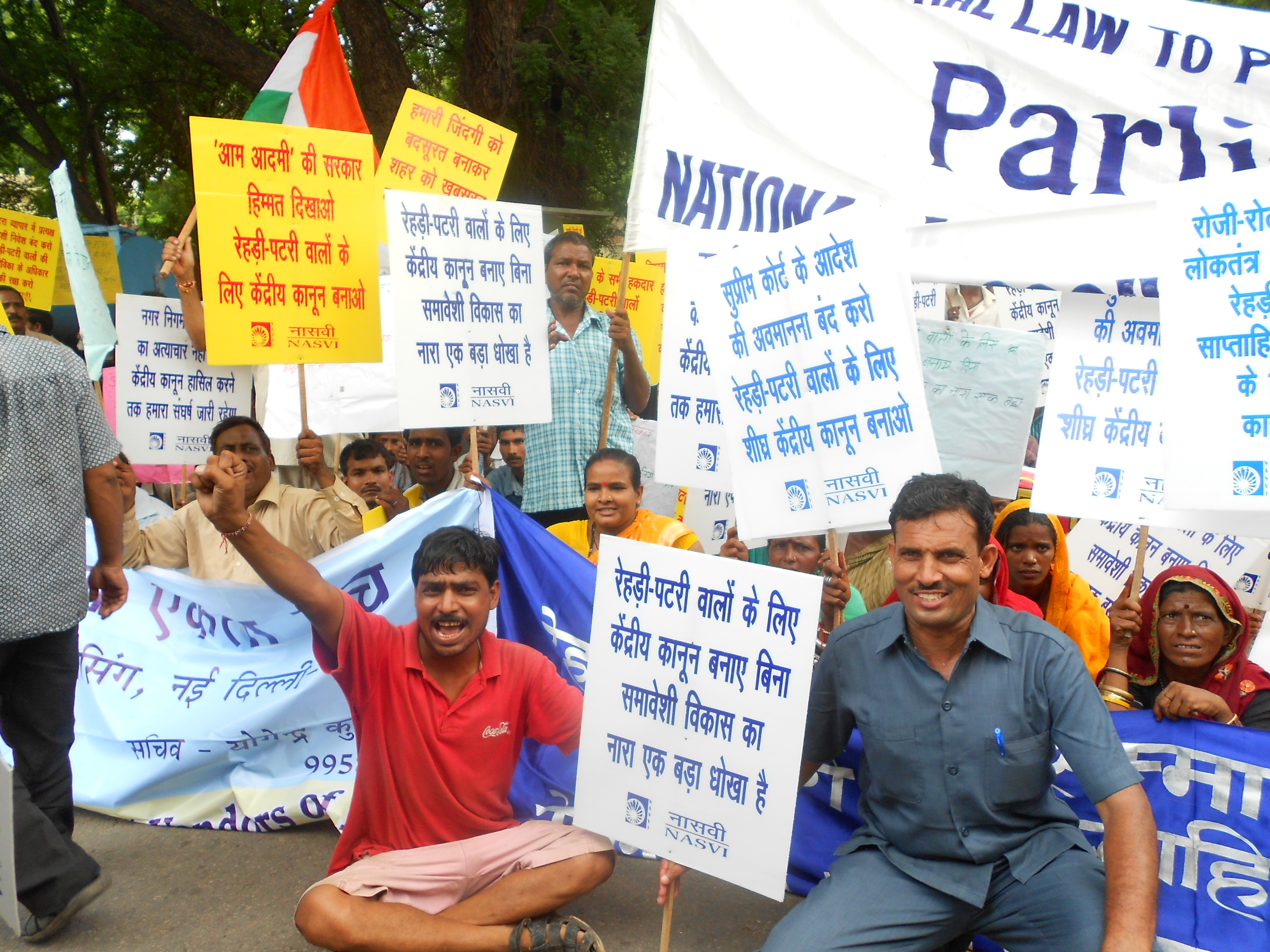 Our patience is running out….

We were told by the government that the Street Vendors’ Bill was in final shape and the Union Law Ministry also had cleared it. We were given assurances that the Bill would get the approval of the Cabinet and it would be tabled in the monsoon session of the Parliament.

However, till date, the Cabinet has not taken it up. The Cabinet does not delay in taking decision on spectrum price, but it prefers to defer the much awaited Street Vendors Bill.

Therefore, we have decided to call for nationwide protests on 18 August, 2012 demanding early passage of the Street Vendors Law in the current session of parliament.

Additionally, despite the fact that last year the government was forced to stand on back foot on the issue of FDI in retail, this year the demon of FDI is again raising its ugly head. We thank those Chief Ministers who have had opposed the entry of FDI in retail and we must join them in opposing it tooth and nail.

Lastly,   as far as the Food Safety and Regulation Act is concerned, we welcome regulation, but we shall continue opposing the draconian measures which are in the Act.

I call upon you all to rise in protest in every city and town of India on 18 August, 2012 demanding

No Honour in Killing Livelihood of Street Vendors! No to FDI in Retail

Kindly plan the protest and inform us soon