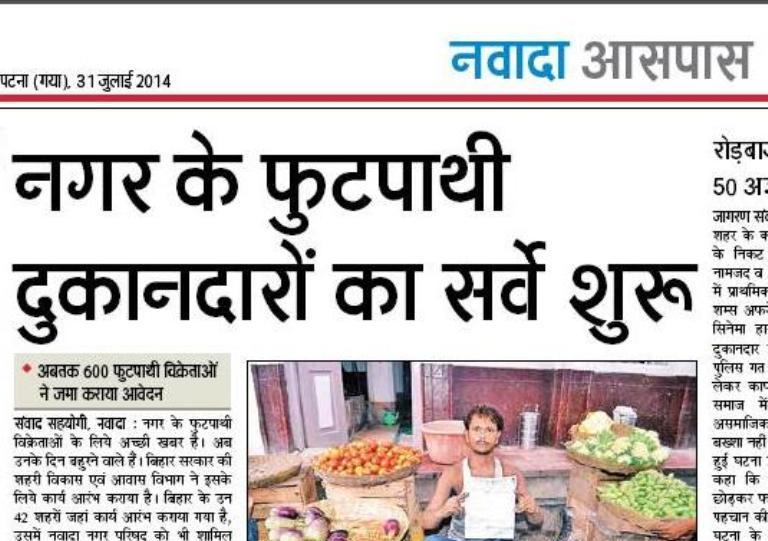 Volunteers of the National Association of Street Vendors of India, which was appointed by the Support Program for Urban Reforms (SPUR) in Bihar, and Bihar Urban Development Department has started the survey of street vendors and hawkers in all 42 Towns of Bihar. The decision was taken following a directive by the Housing and Urban Development (H&UD) Department in which all the urban local bodies (ULB) were directed to enforce the Street Vendor ACT, 2014.

According to the policy, every ULB should have its own Town Vending Committee (TVC) and street vendors should be issued a Vendors Registration Card (VRC) on completion of their identification.

NASVI National Coordinator Arbind Singh, said, “NASVI has started the survey from July 18 and it will try to wind up by end of August 2014.

Hawkers are appreciating this development and the idea of a proper and valid identity card.