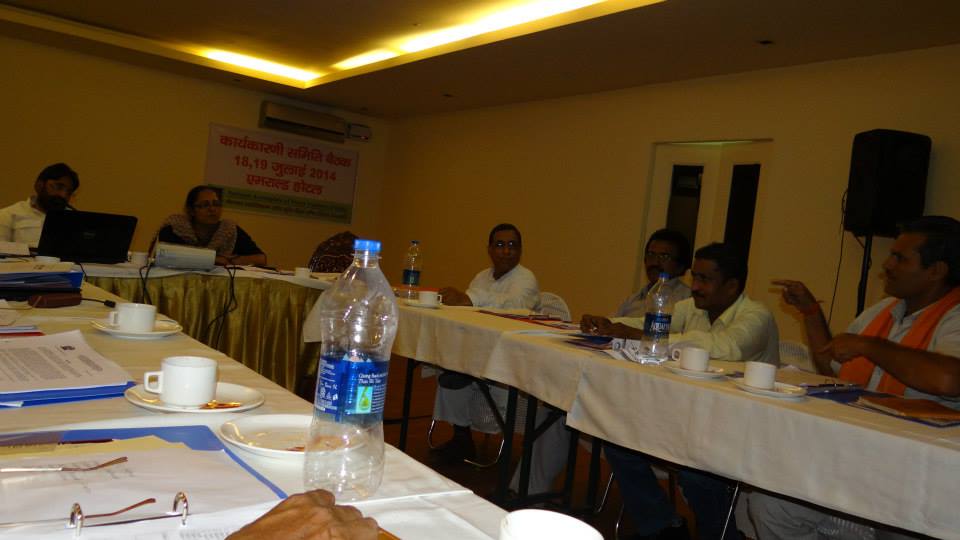 The meeting began with the presentation of the coordinator report by the Coordinator of the Committee Mr. Arbind Singh. The Executive Committee members presented their state reports with regard to the various activities taken up in their states for the implementation of the Central Law for street vendors. The members also discussed various issues faced by the vendors in different markets of their respective states. The members laid emphasis that efforts should be taken for generating awareness among the vendors about the Central Act.

The committee appointed Mr. Kamal Upadhaya as the new treasurer of the committee while another vacancy in the committee is left to be filled up in the next Executive Committee meeting.

The meeting also focused in discussing the rules to be framed and proposed to the local authority and the TVC under schedule ii of the Street Vendors (Protection of Livelihood and Regulation of Street Vending) Act, 2014 for the purpose of the implementation of the Act. Also the agenda of the upcoming National Conference, Annual General Meeting and the ASIAN conference was discussed in the meeting.