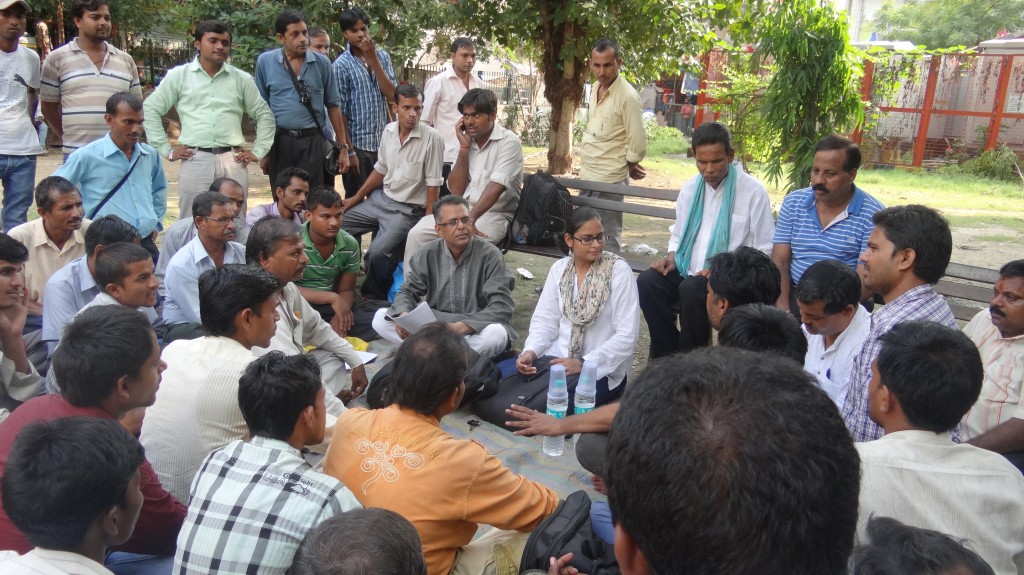 Street vendors hold demonstrations and meetings across several cities demanding passage of street vendors’ bill in February session of parliament, strict compliance of Supreme Court order, stop on rampant extortion by police and municipal inspectors and registration of all street vendors under RSBY

National Association of Street Vendors of India (NASVI) on Monday intensified its nationwide campaign demanding passage of street vendors’ bill in coming February session of parliament, strict compliance of Supreme Court order mandating no eviction of vendors till their proper settlement, stop on rampant extortion by police and municipal inspectors and registration of all street vendors under the Rashtriya Swasthya Bima Yojana (RSBY).

A NASVI functionary was seen leading the street vendors with placard and headgear reading “Delhi Chief Minister Surge Ahead, Save Street Vendors from Extortion by Police and Municipal agencies”. While addressing the supporters, Mr. Kejriwal also did not miss to address the concerns of street vendors and said that they had really faced the onslaughts of police and municipal officials.

Last week, the street vendors had picketed and demonstrated at the Vasant Kunj police station, the Vasant Vihar ACP office and the Delhi Police headquarters demanding stop on extortion and forced eviction of theirs.

The anti- extortion meetings would continue in Delhi.

The first leg of nationwide campaign would culminate on 5 February, the day the parliament session starts in Delhi.

NASVI has also planned to organize a huge “Street Vendors Parliament” at Jantar Mantar in Delhi on 31 January.