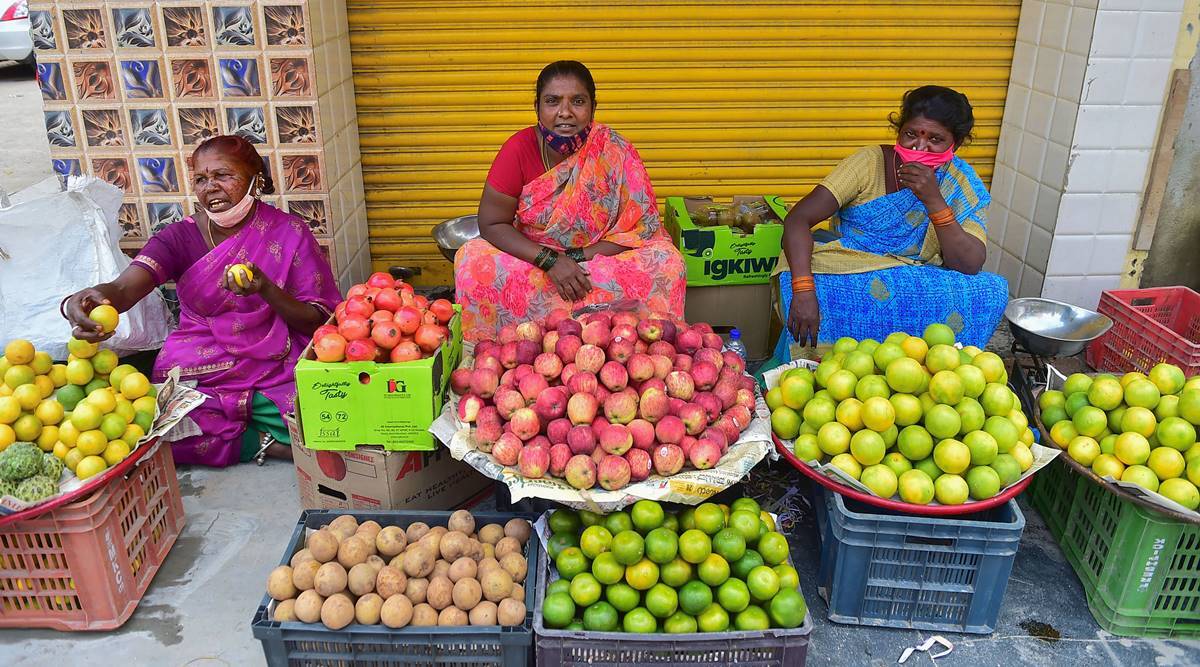 Over 20 lakh street vendors have applied for interest-free loans of Rs 10,000 each as working capital under the Prime Minister Street Vendor’s Atmanirbhar Nidhi (PM SVANidhi).

They were among the hardest hit by the Covid lockdown. And now, many of them are hoping that a special loan scheme rolled out by the government will turn out to be a lifeline — despite the glitches.

Over 20 lakh street vendors have applied for interest-free loans of Rs 10,000 each as working capital under the Prime Minister Street Vendor’s Atmanirbhar Nidhi (PM SVANidhi). They include nearly 10 lakh sellers of fruits and vegetables, and over 4 lakh selling snacks and fast food like chaat and gol gappa.

According to officials, sellers of flowers and puja items, beauty products, shoes, kitchen items and electronics goods, such as mobile phones and chargers, are also on the list of applicants, apart from those providing services like cobblers.

The loan needs to be repaid within a year under the scheme that was launched in June with a sanctioned budget of Rs 700 crore. Upon repayment, a vendor is eligible for another Rs 10,000 as loan.

Officials said that Uttar Pradesh, where 4.3 lakh street vendors have applied for the loan, leads the chart among states followed by Telangana with 3.4 lakh applications. Maharashtra and Andhra Pradesh have over 1.5 lakh applications each while Delhi has about 8,000. Applications have also come in from the two newly created Union Territories of J&K (1,600) and Ladakh (32).

However, only 2 lakh applicants have received the money so far, with officials and applicants pointing to a number of hurdles that are slowing the process.

According to feedback, officials said, several banks are seeking applications on stamp papers worth between Rs 100 and Rs 500. There have also been instances of banks seeking PAN cards and even checking the CIBIL score of applicants — or state authorities asking for voter ID cards, which many migrant vendors don’t carry with them. There have also been complaints of harassment by police and municipal officials.

“They have written to the Ministry highlighting these implementation issues,” said an official.

“There is still a lot of resistance in banks and municipal bodies. But on a policy level, this is a useful scheme because it gives much-needed working capital. Also, availing the loan gives them legitimacy as they get vending certificates and letters of recommendation,” said Arbind Singh, national coordinator, National Association of Street Vendors of India (NASVI), the apex body representing around 10 lakh vendors.

Explained | How scheme for street vendors will help alleviate poverty

According to NASVI estimates, only around 30 per cent of the customer base has returned for street vendors. “But at least, that’s some cash in hand, which was not the case during the lockdown,” Singh said.

“There is still fear. But it’s better than the lockdown,” says Pushpendra Kumar, 38, a roadside juice seller in Jamshedpur who has received the loan. “The aim is to set aside Rs 30 every day towards repayment of the loan.”

Following feedback from vendors, Minister of Housing and Urban Affairs Hardeep Singh Puri recently chaired a meeting of his state counterparts along with Directors General of Police and ground-level officials.

“The Minister told the states to see to it that street vendors are not harassed by the authorities as all they are asking is a right to livelihood. An officer from Small Industries Development Bank of India, our partner in the scheme, sits in the Ministry. So all issues are sorted out on the spot,” said a spokesperson of the Ministry.

The Centre has also decided to send the applications directly to bank branches listed by the applicant as “preferred lender” or where the vendor holds a savings bank account. Officials said a software has been developed that can “push” around 3 lakh applications to the banks.

Says Vijay Kumar, a 32-year-old fast food vendor in Dhanbad’s Jharia, who got the loan last month. “Someone came from the bank to check whether I actually do what I said I do. I had to show them my ID and Aadhaar, too. When they were satisfied, they transferred Rs 10,000 to my account. I got to buy one month’s worth of material.”