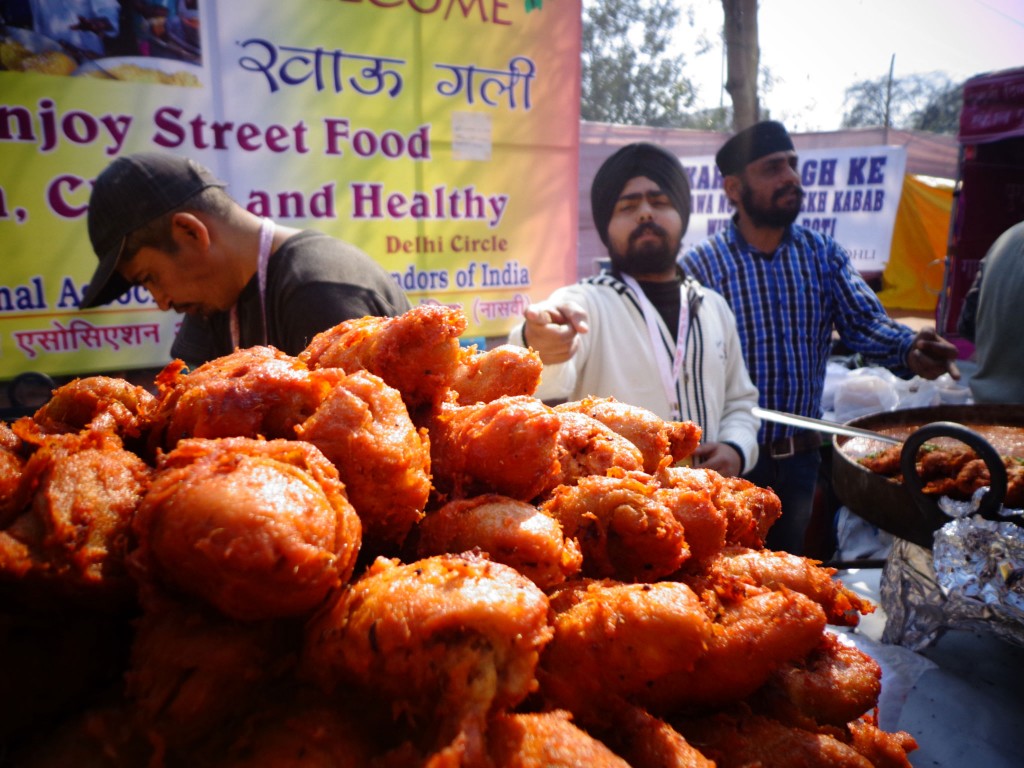 The Delhi Tourism’s week long annual event on culinary delights “Dilli ke Pakwaan” which started on  9 February  at Baba Kharak Singh Marg in Delhi is witnessing a new attraction ‘Khaoo Gali’ with street food vendors associated with the National Association of Street Vendors of India (NASVI) putting up their stalls there to showcase  their culinary expertise, acumen and brilliance.

Impressed by the splendor and huge success of the Street Food Festival organized by NASVI in the national capital on 14-16 December, 2012, the Delhi Tourism has invited five groups of street food vendors to join the event with their stalls of delicacies.

Over last four days, thousands of people have thronged the Khaoo Gali street food stalls and realized how such street foods were adding charm and diversity to the festival which otherwise is mainly dominated by the big caterers and food chains. Last evening, a group of tourists from United States, Britain and Germany also visited the street food stalls and relished special tikki, jhaalmurhi, soyabeen chaap, rumali roti with kadhai ka paneer and garlic soaked special kababs.

The Khaoo Gali promoted by NASVI adds more flavour to the festival as the visitors are relishing the cuisines and their aroma at street food vendors’ stalls and feeling how much important is it to promote the street food culture in cities and towns.

“Street food is a treasure house of local culinary traditions and is increasingly playing an important role as an enhancer and force multiplier of tourism sector. Asian street food is considered as the best in the world. But, we, in India, still lag behind many other Asian countries, like Taiwan, Malaysia, Thailand, Vietnam, China, Korea, Cambodia and Singapore, in promoting street food. The need is to protect and promote the street food vending and integrate it with economy and tourism”, NASVI national coordinator Arbind Singh has said.

The festival would conclude on 14 February night.