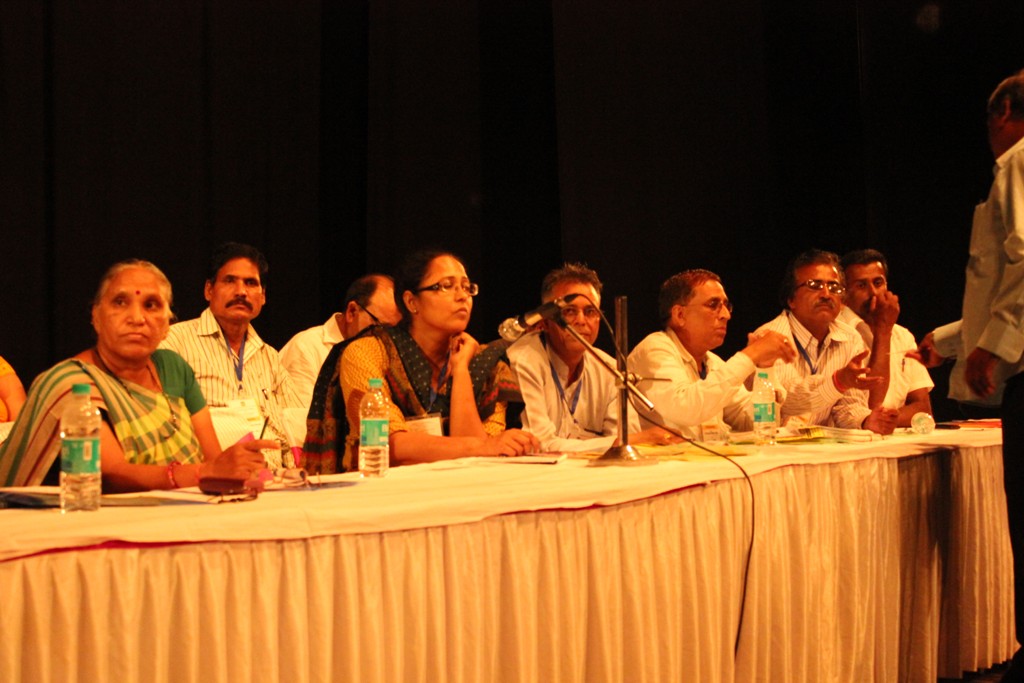 National Association of Street Vendors of India (NASVI) held its Annual General Meeting on 26th August, 2014 at Shri Ram Centre, Mandi House, Delhi. The meeting was attended by around 500 vendors’ leaders from across the country along with the NASVI Executive Committee members.

The meeting began with the inauguration speech by National Coordinator of NASVI, Mr. Arbind Singh. He welcomed all the participants in the Annual General Meeting of NASVI. He said that NASVI members should interact to each other from time to time to discuss their problems and issues and the AGM is a good platform for the same.

NASVI Coordinator Mr. Arbind Singh presented the coordinator report on the activities of NASVI since April, 2014 to August, 2014 and highlighted the momentous achievements of NASVI during the time period.

Vendors’ leaders from various states also shared the stage putting forth the experiences in their respective states in the execution of the law and progress done so far. The speakers stressed in getting more organized and strengthening their existing organizations.  They also emphasized in more awareness and capacity building among the vendors to fight for their rights.

Also the amendments which were proposed in the last General Body Meeting were placed in the meeting. Mr. Arbind Singh read out the provisions of the bye laws to be amended. The proposed amendments were accepted by the general body of NASVI and the same was declared to be passed.

END_OF_DOCUMENT_TOKEN_TO_BE_REPLACED 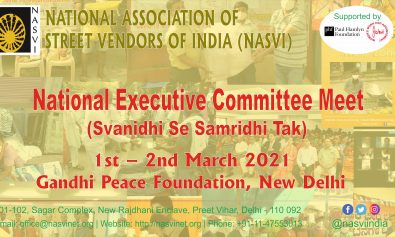 Welcome to the two-day meeting of the Executive Committee of NASVI. Since the transition period of the Covid-19 epidemic, the whole country is trying to get out. This time has been a difficult time for everyone, although the situation is getting normal the crisis is still not postponed, so much care is still needed. But, […]