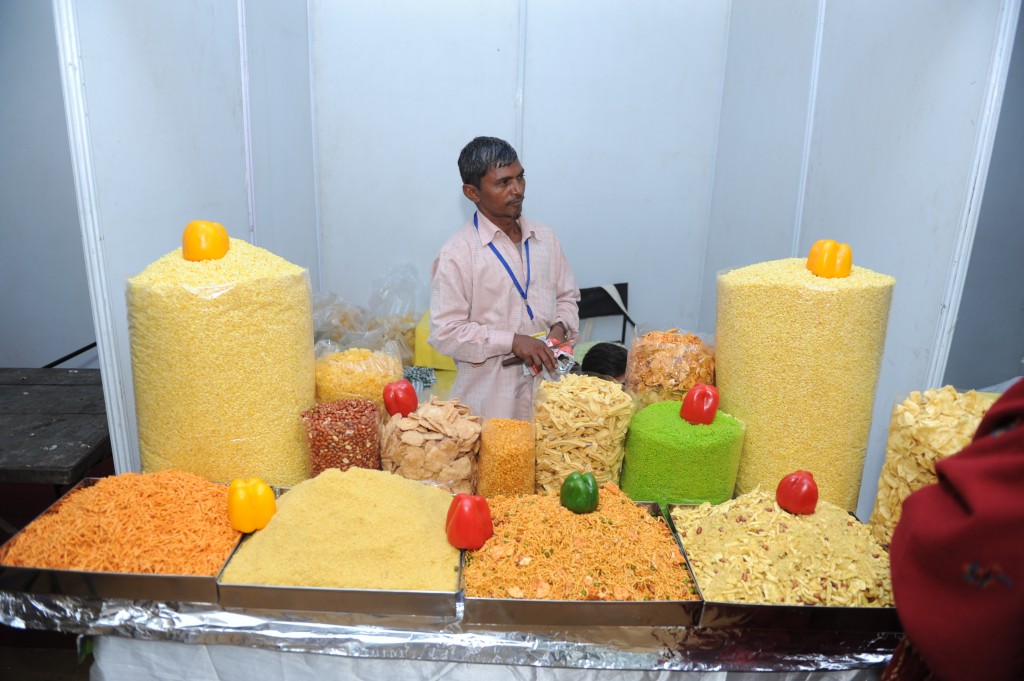 Earning prestige and recognition for its unflinching commitment and work for the street vendors, the National Association of Street Vendors of India (NASVI) has got a new feather in its cap with Makansutra, a Singapore based street food promotion company, and the Singapore Tourism Board inviting four Indian street food vendors to join the World Street Food Congress (WSFC) in Singapore from 31 May to 9 June with their best culinary items.

The four street food vendors who would be part of a ten member NASVI delegation, led by Manager, Street Food Programs Sangeeta Singh, include Narayanswami of Dharwar and Bhaskar Urs of Mysore in Karnataka, Gulab Singh of Delhi and Ashok Gupta of Patna in Bihar.

While Mr. Narayanswami and Mr. Bhaskar would be dishing out lips smacking Chicken 65 with steamed rice, and tamarind and lemon rice respectively, Mr. Ashok would be making thunder with Liiti Chokha and special garlic soaked mutton rice. Mr. Gulab Singh would make his presence felt with his special Bhelpuri with potato crisps having seedless dates and amchur.  The WSFC would have 40 corners with street food masters from around the world. .

The speakers would share, discuss and present on the ways to preserve, professionalize and create new opportunities for street food vendors across countries.

In last three years, NASVI has been undertaking sustained street food advocacy campaign.  Organizing successful Street Food Festival has been a major component of this street food advocacy.  The organization believes that nothing represents the rich tapestry of India’s multi-cultural fabric better than the street foods. The street food is not just palatable, inexpensive and convenient, but also is a large source of employment generation for thousands and thousands of informal workers.

NASVI believes that many a countries protect and promote street foods as street food enterprise contributes immensely to local economy and tourism. The concept of traditional street food has acquired new dimensions in developed countries, with food streets/ food centers emerging as new tourist attractions.  Evidences also suggest that the street food prepared with safe handling of ingredients and water contain more nutritional values in comparison to the foods served in hotels and restaurants.

NASVI national coordinator Arbind Singh says, “Though street food culture pervades almost all countries of developed regions, the Asian street food is considered as the best in the world. However, India lags behind several south-east Asian countries.  Our cities trail in the race because there is usually no support from formal institutions to improve street food enterprises or protect them from external influences. The usual response at policy level is generally poor.  We never pause to think that promoting street food and cementing the identity of street food vendors is closely linked with preserving and promoting the social- cultural diversity of place and region, and making economy and society equitable and just.”

Mr. Singh says that the most important challenge in India is to sensitize the policy makers and other stakeholders on key advantages of promoting street food. The country needs a comprehensive National Policy on Protecting and Promoting Street Foods. The cities  need wider and wider consultations, camps and capacity building measures among street food vendors, health department functionaries,  executives of tourism, transport and railways as well as municipal authorities, police administrators and civil society actors.  Creating Street Food Courts in all cities and towns, and celebrating the  social-cultural diversity of India through showcasing vibrant culinary traditions in events like Street Food Festival are  long felt need of the cross sections of society in fast urbanizing India.

Well known development activist and social entrepreneur, also recipient of Skoll Foundation Award in 2011.  He has played significant role in center staging the agenda of inclusive central legislation in favour of street vendors of India. Organizer of series of Street Food Festival in India

BRETT BURMEISTER, USA – Managing Editor and co-owner of Food Carts Portland Ate at his first food cart in 1991 and never looked back – logged roughly 1000 visits to street vendors in Portland and beyond

JAMES OSELAND, USA – Editor-in-chief of Saveur, America’s most critically acclaimed food magazine (under his leadership, the magazine has won over 35 national awards),and acclaimed author of Cradle of Flavor (one of 2007’s best books by Time Asia and the New York Times)

IWAN TJANDRA, Indonesia
Best known for his successful food chain, Eat&Eat, the themed food court founded in 2008 that has changed the dining landscape across Java Island