Holding Hands Together for Better Life of Street Vendors in Asia 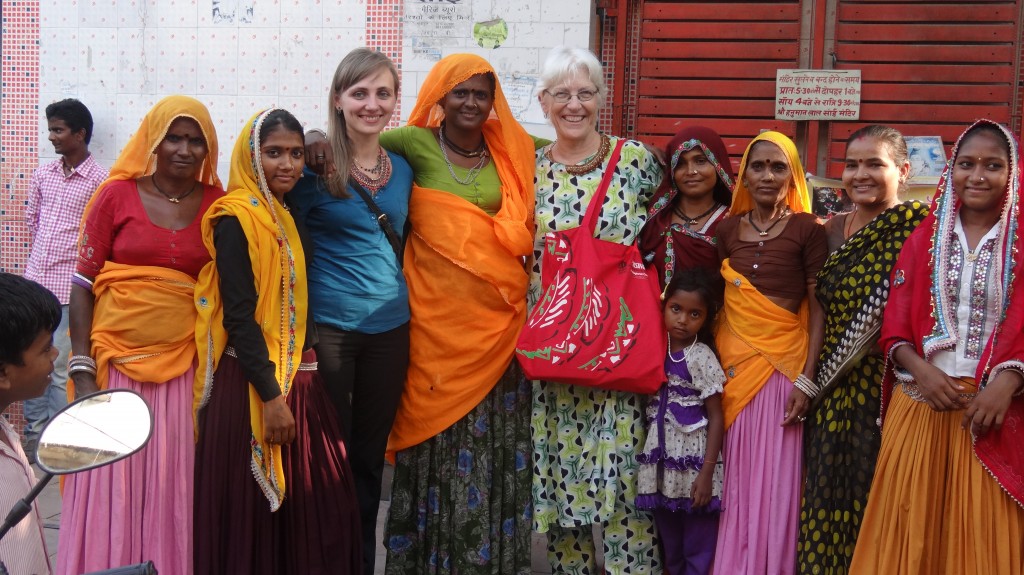 In September, two  international delegations, one from the StreetNet International comprising of StreetNet chief Pat Horn and StreetNet Europe and Asia organizer Oksana Abboud and another from South Korea comprising of  25 young professionals led by Young Davidly  visited NASVI office  and street vendor markets in Delhi. While the StreetNet team visited on 23 and 24 September, the Korean contingent reached on 27 September. Both the teams received warm ovation of street and market vendors of Delhi.  The occasions marked holding hands together for better life of street vendors in Asia.

The StreetNet delegation had a meeting at the NASVI office which was joined by NASVI national coordinator Arbind Singh, SEWA leader and NASVI executive committee member Shikha Joshi and other functionaries/staff of NASVI. The key issues shared include  magnitude of organizing, status of street vendors’ rights protection, successes and lessons on unionization, collective bargaining and gender mainstreaming, policy advocacy and recent legislative developments in favour of street vendors, particularly the passage of street vendors bill by the lower house of Indian parliament and  the landmark order of the Supreme Court of India.

The other focused agenda of the meeting was how to streamline and strengthen the Asia region focal point role of NASVI.  The meeting assessed the situation prevailing in Asian countries and decided on the strategies and activities to be undertaken towards making a meaningful intervention in Asia. The StreetNet team also interacted with the staff, field organizers and beneficiaries of the Sanchay Thrift and Credit Cooperative, a community owned financial venture promoted by the NASVI on 24 September.

The Korean team also interacted with the staff of NASVI and got aware on genesis, journey and milestones of street vendors’ struggle in India. The team showed keen interest in the street food promotion and professionalization programs which NASVI has been running in last four years. It also visited vendor market in Karol Bagh in Delhi.  In coming months, more avenues would get opened between the young professionals and social entrepreneurs of South Korea and India.