Explained: How scheme for street vendors will help alleviate poverty 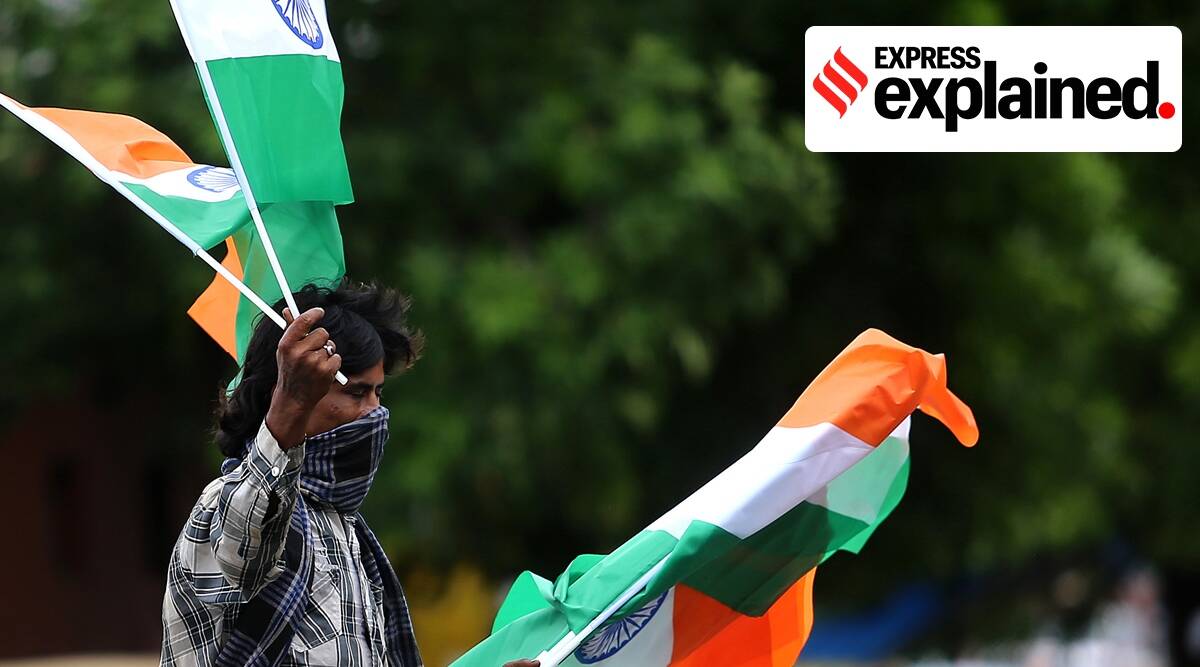 It is said Prime Minister Narendra Modi himself wanted to get the mapping of street vendors and hawkers done so that no one remained outside the welfare ecosystem of the Modi government.

In a new scheme called the Pradhan Mantri Street Vendors Atmanirbhar Nidhi (PM SVANidhi), the central government is extending Rs 10,000 loan as working capital to street vendors to restart their businesses which have been hit by the Covid-19 pandemic. The scheme is already a hit; so far 25 lakh street vendors have come forward seeking the loan.

The next stage being contemplated is to make a first-of-its-kind database of the beneficiaries of this scheme to see who they are, and where they belong vis-à-vis the government’s social security net woven through various welfare schemes on education, housing, food, livelihood et al.

The scheme plans to extend the microcredit to over 50 lakh street vendors across India, which is the estimated number of the hawkers as per various urban local bodies. But, going beyond the mandate of this scheme, the government wants to use the data for comprehensive poverty alleviation.

However, there is hardly any comprehensive structured data on the socio-economic profile of street vendors and the street vending economy in India, even in government surveys like the National Sample Survey Organisation (NSSO) and the Economic Survey.

The NSSO, for instance, has defined street vendors through a category of “enterprises without fixed premises” among “Unincorporated Non-Agricultural Enterprises (excluding construction)”, in its 67-68th round report published in 2011-12.

“Vending is an important source of employment for a large number of urban poor as it requires low skills and small financial inputs and for the customers, it provides convenience and low priced goods and services. It makes the cities economically bustling and socially charming,” says a technical paper titled ‘Contribution of Street Vendors in Food Service Activities and Their Spatial Distribution’ authored by BB Singh, a Deputy Director General of NSSO, citing the main NSSO survey.

The NSSO data estimated that around 200,000 women and 21,500 children were engaged in street vending. Around 1.18 million households were dependent on this sector as their primary source of income, according to a paper by think-tank Observer Research Foundation.

Non-governmental organisations and research by scholars have attempted to put together this kind of data several times in the past in bits and pieces.

Professor Sharit Bhowmik, who was the leading scholar on the street vending economy in India, has written in his seminal work ‘Hawkers and the Urban Informal Sector: A Study of Seven Cities’ that hawkers made less than the minimum wage in most cases and were continuously harassed by authorities for bribes. The study was prepared for the National Alliance of Street Vendors of India (NASVI), the foremost organised union of street vendors in the country.

In a paper titled “Urban Responses to Street Trading: India”, Bhowmik says poverty and lack of employment options in rural areas and in smaller towns drive large numbers of people to the cities for work and livelihood. He says that with the scope for jobs in formal sectors shrinking, coupled with increased migration, informal sectors like street vending in big cities saw exponential growth over the past few decades. ???? Express Explained is now on Telegram

The problem is not unique to India. According to the Street Vendor Project in New York’s non-profit Urban Justice Centre, there are around 20,000 hawkers in the New York City. “Vendors have been victims of New York’s aggressive ‘quality of life’ crackdown. They have been denied access to vending licenses. Many streets have been closed to them at the urging of powerful business groups. They receive exorbitant tickets for minor violations like vending too close to a crosswalk…”

In his paper, Bowmik says, “Street vendors are mainly those who are unsuccessful or unable to get regular jobs. This section of the urban poor tries to solve their problems through their own meagre resources. Unlike other sections of the urban population, they do not demand that government create jobs for them, or engage in begging, stealing or extortion… The study on street vendors in seven cities shows that the average earnings range between Rs. 40 and Rs. 80 per day. Women vendors earn even less.”

As the PM SVANidhi scheme brings in financial mainstreaming of street vendors through loans and digital payments, the government wants to formalise its understanding of this sector, and, based on that understanding, bring them under various schemes. One of the benefits the scheme has already shown is that it is helping in mainstreaming and legitimising genuine street vendors who have not got valid identity cards simply because local bodies have not updated their lists for years.

It is said that Prime Minister Narendra Modi himself wanted to get this kind of a mapping done so that no street vendor remained outside the welfare ecosystem of the Modi government.

How will the study be done?

Banks, as part of its common processes, are anyway collecting data about street vendors who are beneficiaries of the project. While the nuts and bolts of the methodology is still being worked out, officials said that such data already captured by banks and municipal bodies will be leveraged to create a profiling of the vendors.

Then, committees will be formed at the level of district administration to reach out to street vendors in their respective areas.

Thereafter, government departments, like Health, Education and Skills Development, running various welfare schemes, will be asked to nominate their nodal officers in each city to complete the exercise. Based on the profiling, a street vendor and anyone in his or her family will be gauged in terms of eligibility for various government schemes. Based on eligibility, they will be given access to such welfare schemes.

Informally in bureaucratic parlance it is called “saturating” the beneficiaries with all relevant welfare schemes.

Coronavirus Explained
An Expert Explains: Second wave, what next?
Delhi is now single largest contributor to India’s cases
Could pre-existing antibodies help protect against Covid-19?
CLICK HERE FOR MORE
Will this actually work towards poverty alleviation?

Becoming formal beneficiaries of various government schemes works as a big step towards entering the policy intervention network. Officials say it also helps in financial mainstreaming in the long run.

For example, several banks, bereft of the prior experience of extending loans as little as Rs 10,000 to someone like a street vendor, are following processes like checking CIBIL score of the street vendor and seeking PAN card and IT-return etc. While these cases are dealt with as hurdles on the ground, it is a fact that street vendors hardly have credit-worthiness in the eyes of India’s formal banking system.