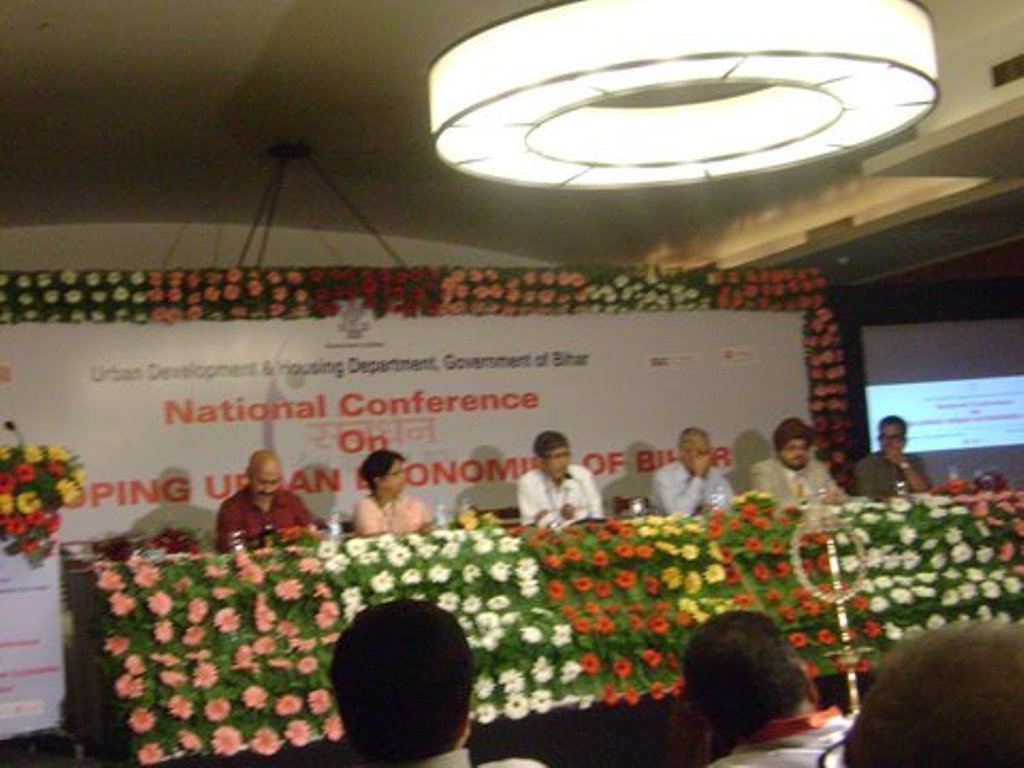 National Association of Street Vendors of India (NASVI) has called upon the Bihar government to mainstream thousands of street vendors with those urban development business plans which the government is envisioning to augment urban economies in the state.

The Association said on Saturday that the government and municipal bodies in Bihar did need to move beyond the ‘pilot mode mentality’ and they must come up with innovative and inclusive employment generation models.

The statement comes close on the heels of State Urban Development and Housing Department organizing a mega conference in Patna on Friday on the theme of Developing Urban Economies of Bihar. The conference was organized by the state department in association with the Asian Development Research Institute under the DFID program ‘SPUR’ (Support Program for Urban Reforms).

Joining the session of the conference on mainstreaming urban poor for achieving inclusive urban development  in Bihar, , NASVI national coordinator  Arbind Singh called for wider participation of urban poor, especially street vendors, in urban development planning and programs as they do play a major role in augmenting  urban economies.

Asserting that the government and municipal bodies in Bihar do need to move beyond the “pilot mode mentality” and they must come up with innovative employment generation models like vending zones/corners, model weekly markets and night bazaar, Mr. Singh lamented that despite state government declaring formation of vending zones in all towns, not a single proper vending zone has yet come up in the state.

He came heavily on myopic vision of municipal bodies in several urban areas and said, “It is not that the state lacks political will. It has enough will to herald a change for working poor, but this political will often gets defeated by poor municipal governance structure and system.”

He said, “Urban development plan can be inclusive only when it is based on Public-Private- Community Partnership (PPCP) model.”
Bihar Chief Minister Nitish Kumar who was supposed to inaugurate the conference could not reach, but his message was read out, in which he said that the conference would provide a platform to share the Bihar story and learn from others on managing planned and inclusive urbanization.

According to Mr. Kumar, “Bihar’s vision … is to develop cities and towns of the state as growth centers, promoting competitive economic value chains and balanced spatial and economic development leading to household income growth and reduction in poverty”. He said the urban local bodies must become aware of their role and responsibilities.
DFID, India head Sam Sharpe said, “We are working in 29 cities of Bihar, which will continue for another four years. After the completion of work, an independent evaluation team would assess the quality of work done at all such place

Tagged with:     National workshop in Patna on urban economy Development