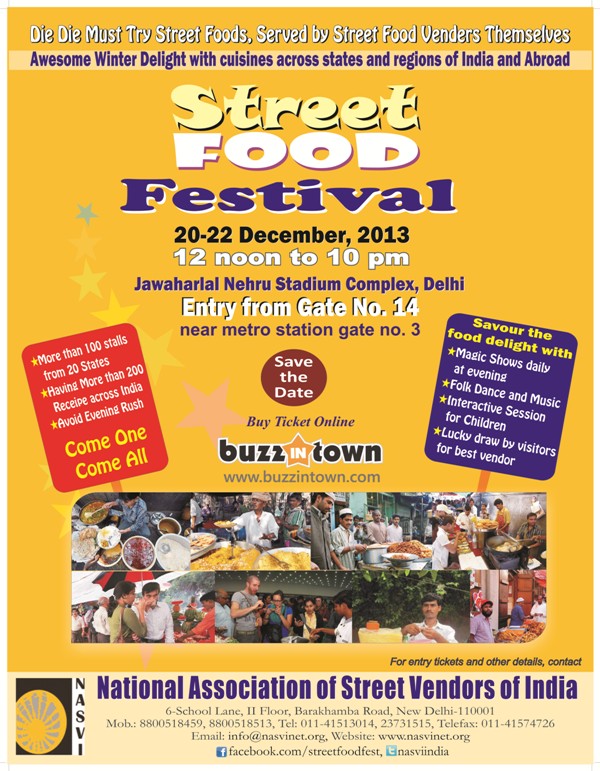 They were awarded in the category of street food.

Bhaskar Urs of Mysore Street Vendors Association, Narayanswami of Dharwar based Subhash Road Street Vendors Association and Ghanshyam Parmar of Bhavnagar based Self Employed Workers Organization received the commendation certificates at the 8th Food Safety and Quality Summit held by the CII at hotel Lalit in Delhi. The commendation certificates “recognize their strong commitment to excel in food safety and quality”.

The award certificates were given by K. Chandramouli, the chairperson of the Food Safety and Standards Authority of India. A large number of experts on food safety and quality and industrialists and social entrepreneurs including the Food and Agriculture Organization (FAO) representative Gopi N. Ghosh, the chairman and the executive director of CII Jubilant Bhartia Food and Agriculture Center of Excellence Hari Bhartia and Meetu Kapur, and the chairman of CII national taskforce on food regulatory affairs Vivek Bharti joined the awards ceremony.

Launched in 2010, the CII national award for food safety program is the first of its kind in India.  This year the CII has added the category of street food.

Two of the awardees, Bhaskar Urs of Mysore and Narayanswami of Dharwar also had participated in the Singapore World Street Food Congress in June this year. NASVI was declared as the “Best Street Social Enterprise Food Association” in Singapore.