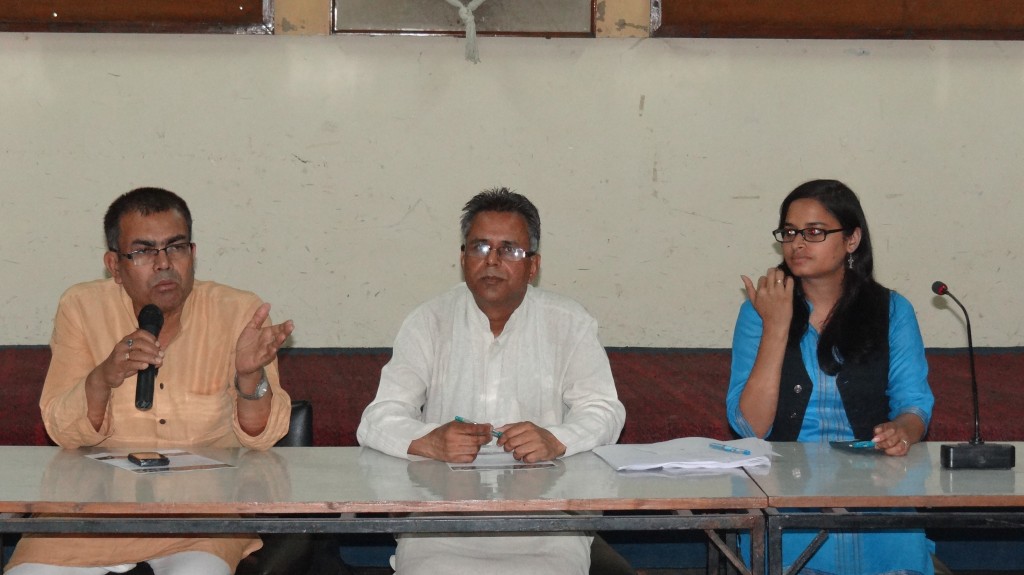 On the basis of the new act the Street  Vendors (Protection and Regulations of Street Vending) Act, 2014, National Association of Street Vendors of India (NASVI) is very proud to share that the problems of street vendors has begun to be sorted out. There are incidences from various parts of the country where the problems of street vendors cropped up. However, with the new act and the hon’ble Supreme Court of India’s order dated 9th September 2013, NASVI was successful in reassuring the rights of the street vendors.
In an area named Kalyani, West Bengal the street vendors in that area were facing eviction. The municipal bodies were arbitrarily issuing eviction notice to the street vendors. But with NASVI ‘s intervention the evicted street vendors were again provided the place for vending. Another incidence was in the city of Mysore, Karnataka, where the municipal authority removed street vendors from an area where they were vending since a long time. However, NASVI interceded  and succeeded in getting back the vending zone for the evicted vendors. The Mysore municipality also included this problem of eviction in their next TVC meeting, marking the success of creating awareness among all the officials.
One more incident which was very successful was in Cuttack, Odisha. There also the street vendors faced the issue of eviction. But with NASVI ‘s efforts the Commissioner of the Municipal Authority agreed to allow the vendors do their vending in that area itself till the survey of not complete.
With these incidence coming into the picture one thing is getting clear, that NASVI’s constant and continuous efforts of getting the new act implemented has started seeing the colours of success.