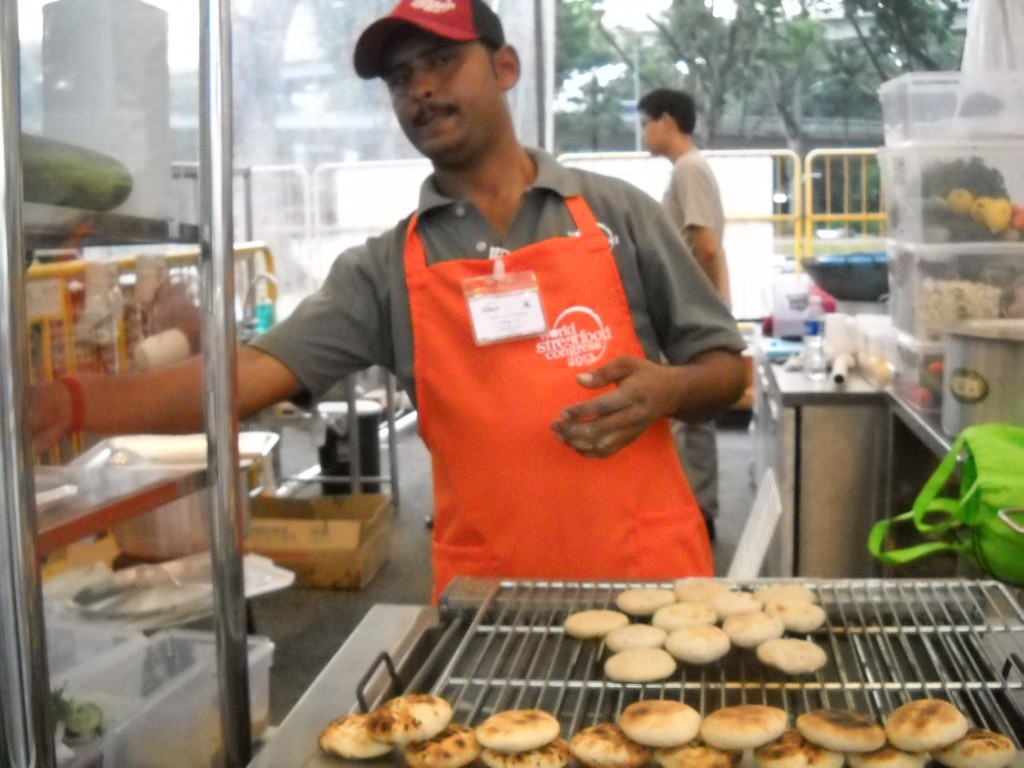 CULINARY ENTREPRENUERS ON STREETS IN INDIA

The Street Food Festival of 2013 is the third edition of Street Food Festival organized by the National Association of Street Vendors of India(NASVI).What began as an internal event of NASVI where street food vendors served different recipes to delegates in the Annual General Meetings has metamorphosed into a mega event where hundreds of street food vendors put stalls serving delicacies from all over the country attracting thousands of customers including customers who have hitherto been skeptical of the street food. The whole event gives unprecedented publicity to the issues of harassment and security of livelihood of street vendors making Policy Makers and administrators think of urgent interventions.

More people depend on street food than on restaurants and hotels in Indian cities. Street Food Vendors not only provide fresh and tasty food but they are also available at convenient location and have good bonding with the customers. And most importantly the whole world of recipe is there – from snacks to beverages to lunch and dinner .Name the dish and you have on the street –also the dishes one has never heard off, dishes which has passed over generations and dishes which vendors have brought from their family kitchen to the streets. Vendors also give a personal touch to the dishes with either a particular spice or method of cooking which makes customers visit only that particular vendor.

As Cities in India are growing bigger the opportunities too are increasing. The opportunities obviously are being used by people with capital. Food Chains are becoming order of the day. Companies claiming to sell Street Food and Food Courts in Mall flaunting street food is a common sight though the taste and the flavor are far removed from what the lakhs of ‘CULINARY ENTREPRENUERS ON STREETS ‘roll out . And as the food at Malls and Restaurants get costlier ,there is a huge potential in the food at the street as more and more urban Indians want to go out for the meals ,a phenomenon not so common in the past but is picking up fast .However Street Food Vendors are more important than the street food  per say . Many players are entering into the street food sector displacing the livelihood of lakhs of street food vendors. In all these contexts mentioned above Street Food Festival becomes significant

The National Street Food Festival being organized on 20th ,21st and 22nd December at the JLN complex is a major advocacy event. The event will be inaugurated by the Housing and Urban Poverty Alleviation Minister of Govt of India along with the Minister for Food Processing Industry. The inaugural event will also have luminaries like the Chairperson of the Food Safety and Standard Authority of India (FSSAI) and people from the Private Sector. On the third day of the event will be Award Function .The customers will vote for the Most Popular Vendor and there will also be an award for the Most Popular Woman Vendor. There are also awards on the basis of Hygiene, Cleanliness and Presentation by the Vendors. These awards besides providing them cash also are a recognition of doing best despite the odds and constraints. To give the event a festival cover, cultural performances have been organised by various bands so that the crowd remains engaged as they keep enjoying the delicacies.

a)    Setting up  Food Streets and Food Courts

Besides mopping up capital from Street Food Vendors, the Company has also started attracting like minded investors for funds for the company. Some like GBM Foods has come forward and a tie up looks imminent.

As we enter the last leg of preparation for the event, we are also concerned about the proposed law for Street Vendors which was passed by the Lower House of Indian Parliament but has to be passed by the Upper House for it to become law. Since the beginning of the winter session, the Indian Parliament is witnessing daily adjournment. Lot of effort has gone into the Bill and more importantly the Law not only has the potential to change the face of Indian cities and quality of life of Street vendors in India but also show to the World the method of regulating street vending so as to create a win win situation in cities, making cities more orderly along with making lives of street vendors better b securing their livelihood.

Come Join Us, Support The Cause……