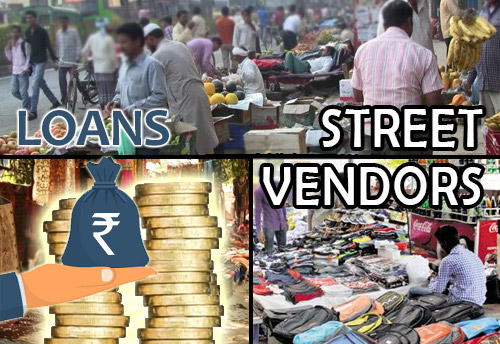 New Delhi, Sep 7 (KNN) The government is supporting the street vendors by providing loans to them under PM SVANidhi Yojna and by implementing street vending Act – 2014.

Sanjay Kumar, IAS Joint Secretary (NULM), Ministry of Housing and Urban Affairs said this during a webinar on Saturday organised by National Association of Street Vendors of India (NASVI).

According to NASVI, Kumar also explained the steps taken by government to support the street vendors adding, ”letter of Recommendation (LoR) for the loans of street vendors are also being taken. Till now we have received more than 5 lacs application forms.”

He has also developed a hawker zone market in the name of his late mother where vendors are allowed to vend at free of cost.

Deekipa Chauhan – Deputy Commissioner – FDA, Gujarat shared the steps taken by FDA in Gujarat to increase awareness and health and hygiene of street vendors in Gujarat.

”We have trained around 22,000 street food vendors with NASVI and FSSAI in around 18 states and it was a great success. Vendors get information and help they need for carrying their vending,” said Sanjay Khajuria – Director Corporate Affairs – Nestle.

”Any street vendors can register with FSSAI and get training also,” he added.

Chandan pandey, designated officer FDA, Mathura shared steps taken by them to support the street vendors. We need more organizations like NASVI to support and direct street vendors in every district of the country.

Chandra Prakash Singh – President NASVI shared the changes in street food vendors life after the COVID – 19 pandemic. He also thanked all the panellists for encouraging the street vendors.