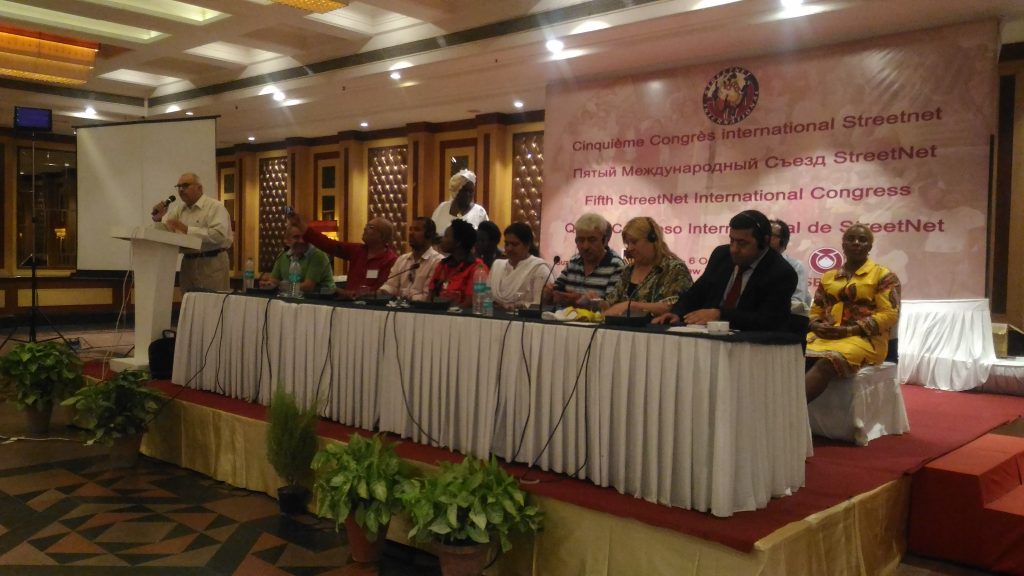 Street Net report was presented by Pat Horn, International Coordinator. The Treasurer’s Report was presented by Souley Zeinabou.
Flor Maria Hernandez Castro said that she wanted to congratulate what the Street Net is doing. She also thanked the coordinator for giving such a detailed report. She further added that it is upto us to sustain Street Net and continue the good work for the vendors.
Discussions about Resolution Commission: Chair asked the Congress to approve the some Resolution, Amendments and Commission as proposed by the executive Committee.important resolutions were passed .
Importance of Youth Commission was discussed and also passed .
CLOSING SESSION:
Thank you speech was given by New President also thanked everyone for the successful conduct of Fifth Street Net International Congress.