Home  /  Latest News, Media Coverage, Uncategorized  /  At the heart of food: Chef Ranveer Brar has host of creative and humanitarian projects up his sleeve

At the heart of food: Chef Ranveer Brar has host of creative and humanitarian projects up his sleeve 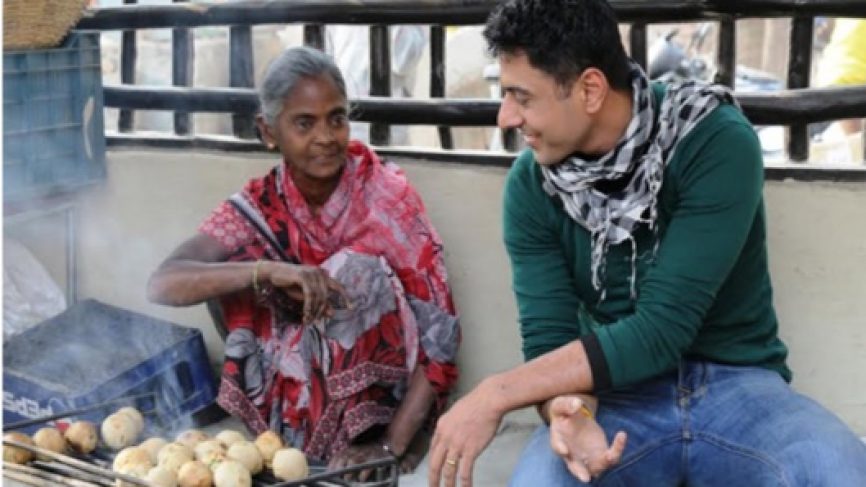 It’s a breathless chase trying to pin Mumbai-based celebrated chef Ranveer Brar for a conversation, as he belongs to the sunshine. But we don’t blame him. The man is up to some good work. His latest initiative has been working with NGO Nidan, that in turn works in close collaboration with the National Association of Street Vendors of India (NASVI), to empower them.

As part of it, Brar created an online training programme to educate roadside sellers on food safety and sanitation. “We raised close to Rs10 lakh with the help of Ketto, an online crowdfunding platform, to provide them with sanitation kits comprising gloves, masks, sanitisers and caps,” he brims.

This is only one of the things he’s juggling. A Lucknow-based NGO called Ehsaas, that rehabilitates street children, has also benefited from Brar’s generosity.

Busy launching apps, shooting videos for his YouTube channel with a seamless pouring in of new recipes on Instagram, and tons of collaborations with top-notch brands, he has become quite the phenomenon to reckon with, though not that easy to decode.

For the most part, he is simply doing what he does best: spinning gourmet ditties and locking over 1.1 million eyeballs on Insta through it all. “Everyone loves a celebration,” he smiles.

“We crossed two million subscribers on my YouTube channel earlier. When I crossed one million on Instagram, I thought, how about celebrating by #MakingMillionCount? Being in a place of privilege, I want to collaborate with as many initiatives as possible to better lives.”

It is a case of leveraging his brand equity as a celebrity chef—he figures in the top three names of the most popular chefs in India —who has hosted food shows, authored cookbooks, liaised with restaurants on foreign turf and even run his eateries in the US. He now brags about a whopping following on the social media cluster, including Instagram, Facebook, Twitter and his YouTube channel.

Brar has been on a roll, especially since the first lockdown set in, creating unique content, raising direct interaction with his followers, increasing the frequency of his posts and making them more and more palatable to the millennials.

“It was a personal goal that I set eight months ago, a quest to connect, as I had been busy travelling, hosting shows earlier,” he says. “I am a bit old school in my thinking, and being a TV person essentially (having been a judge on MasterChef India Season 6 with Chef Vikas Khanna and Chef Vineet Bhatia, and anchor of food shows, including Health bhi taste bhi, The Great Indian Rasoi, Snack Attack, Breakfast Xpress…) I was used to travelling intensively, collaborating, networking in person…it took me some time to adjust to the offline and online presence.”

His adaptation to the digital medium has been admirable, admittedly. With Hinglish peppering his now relatively shorter posts (he’s proud of his Indian roots and was one of the first few to use Hindi extensively on his Insta posts as he believes that some emotions are best conveyed in our mother tongue), the younger generation too is making a beeline for his rejigged app, beautifully delineated snap recipes and appealing posts.

“I have realised that the emotion and the need is the same. The size of the city does not matter. I have been able to effectively cross this barrier in my mind.”  What’s next on the personal front? “I want to quieten my mind. I also want to own a home on the ground, not a floating residence on some random level in a high rise. That’s because I feel close to land as I can then grow all the vegetables and greens I want.” May the force be with you, Brar.