Order to shut two markets in west Delhi rolled back 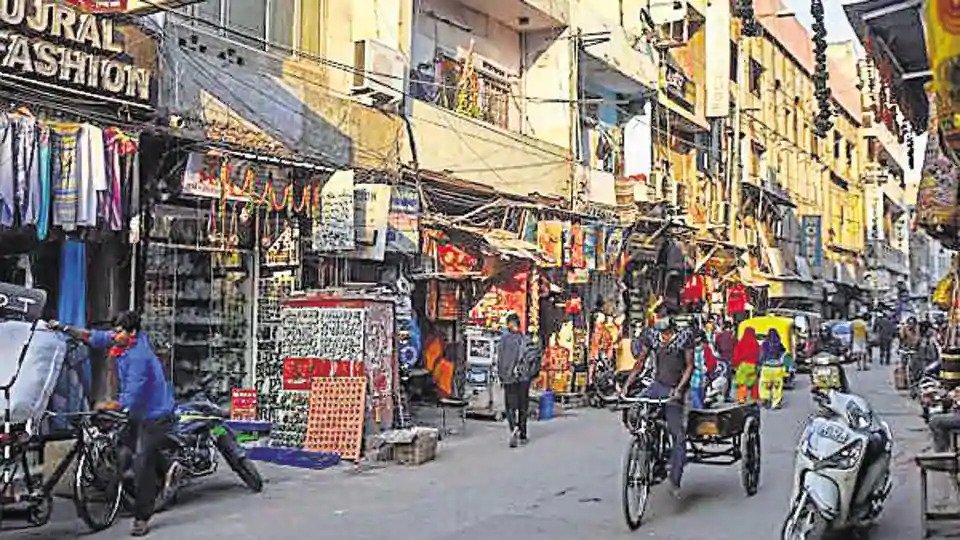 The order came at a time when there is widespread anxiety among traders about a possible “lockdown” in Delhi, in light of a surge in Covid-19 cases and deaths, even though the Aam Aadmi Party (AAP) government has insisted no such move will be made.

The Delhi government has withdrawn an order temporarily shutting two local makeshift markets in west Delhi’s Nangloi in the light of violations of Covid-19 norms, hours after the notice was issued on Sunday evening.

The order came at a time when there is widespread anxiety among traders about a possible “lockdown” in Delhi, in light of a surge in Covid-19 cases and deaths, even though the Aam Aadmi Party (AAP) government has insisted no such move will be made.

Delhi minister Satyendar Jain said, “It seems that a few shops in the markets concerned (in Nangloi) had violated the regulations, for which the whole markets should not have been shut down. Also, we have sought permission from the central government to allow us to temporarily shut down markets that are assessed as potential Covid-19 hot spots. We are still awaiting a response on the same.”

A senior government official said the order on the shutdown of the two local markets – Punjabi Basti and Janata markets – was in violation of the Street Vendors (Protection of Livelihood) Act, and failed to take into account livelihoods of stakeholders involved.

“Technically, these markets are unauthorised. They operate from makeshift structures only in the evenings, selling everything from garments to kitchen utensils, toys and stationary goods. Both markets have around 100 makeshift shops each,” the official said.

The notice, which ordered the closure of the markets till November 30, was issued by the additional district magistrate of west revenue district on Sunday evening, saying people were not wearing masks or adhering to distancing norms, despite warnings by the administration.

Another order withdrawing the previous one was issued by the same official later on Sunday. It did not cite any reason for the roll-back. HT has seen both orders.

The move has heightened concerns among traders in thousands of local makeshift markets, flea markets and weekly bazaars in Delhi that largely cater to lower income-groups.

“There is immense anxiety about a lockdown, even though the government has said there is no plan as of now. But, even if there is no lockdown, there are chances the authorities may spare permanent shop owners but crack down on mobile vendors, weekly and makeshift markets — which are often unauthorised on paper. We have been trying our best to follow Covid-19 regulations. The government should do its bit too and help us instead of taking away our livelihood,” said Anil Kumar, a trader at a makeshift market near Nangloi Metro station.

Across Delhi, traders’ bodies have been complaining that unauthorised vendors encroach space and make social distancing impossible, flagging health emergency in the time of a pandemic.

“The number of mobile vendors is increasing fast. There is hardly any space for social distancing, and the authorities must intervene,” said Nitin Gupta, president of Kamla Market traders’ association.

Devraj Baweja, general secretary of confederation of Sadar Bazar traders’ association, said: “I speak against all kind of encroachments, which includes both mobile vendors and permanent shop owners who illegally encroach on pavements and roads. Government needs to provide them space.”

Ram Kishan Gupta, a street vendor in Karol Bagh’s Ajmal Khan market, said he has been working with a cart in the market for the past 30 years. “It has become difficult to make ends meet. I have exhausted all my savings. I took a loan under the PM-SVANidhi scheme, but now I’m struggling to pay the instalments. The government should make some arrangements for vendors so that we can also earn our livelihood,” Gupta said.

Kanchan Dibe, who runs a street food-stall in Sarojini Nagar market, said, “The police and NDMC don’t let us sit in the market. Where will we go? How will we sustain our families? There should be some arrangement made for vendors.”

Instead of crackdowns on street vendors, the government should rather work towards empowering them, said Arbind Singh, national coordinator of the national association of street vendors of India (NASVI), adding: “The government should empower the mobile vendors to ensure that they play an active role in implementing and adherence to Covid-19 regulations. Removing vendors from the markets is no solution.”

“The government has set up town vending committees (TVC). The TVCs should be tasked with ensuring social distancing in markets. The TVCs have members of the vendor associations, therefore, it will be easy for them to regulate vendors. The central government is giving loans to vendors to restart their livelihood, but they are struggling to get a vending site. How will they earn their livelihood, if they are not allowed to sit in markets? There is a need to regulate them,” said Singh.