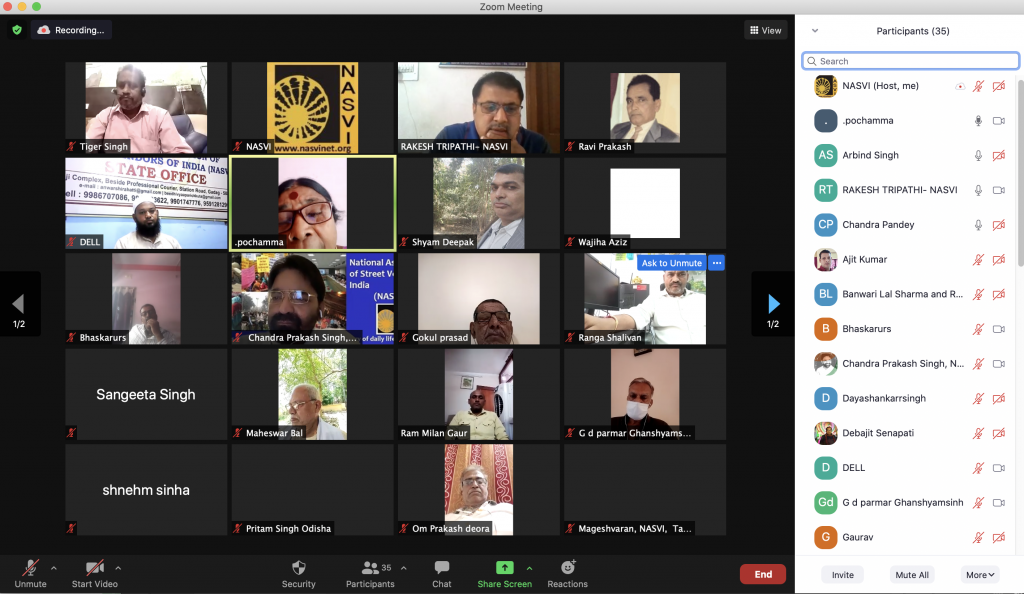 On May 8, 2021, an Emergency meeting of the Executive Committee of NASVI was held. In this meeting, representatives from those states were also invited, from which no members were in the Executive, so that the situation of the whole country can be known.

Shri Arbind Singh – Coordinator said that after hearing all the things, we come to the conclusion that we should make the following action plan –